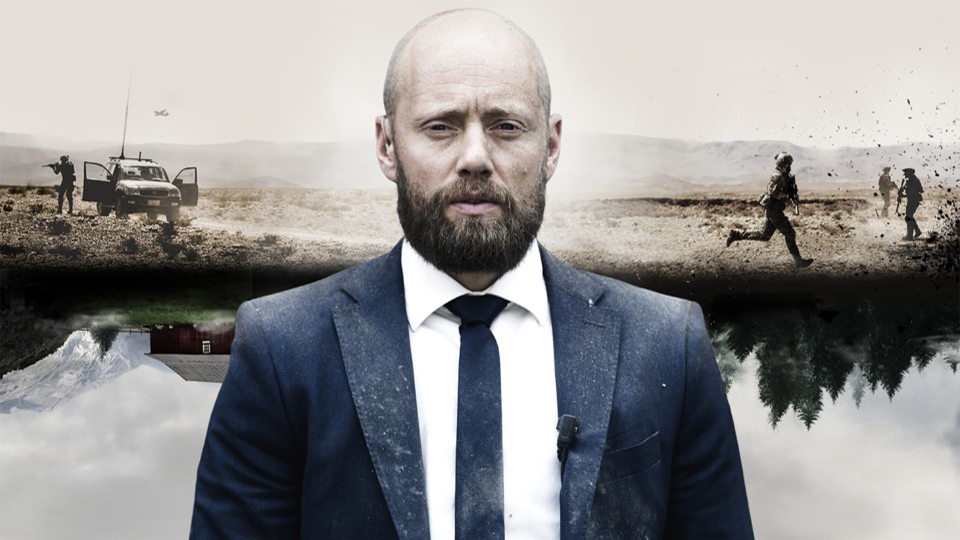 Nobel is an innovative eight-part Norwegian thriller set in both Afghanistan and Norway. It concerns a Norwegian battalion of soldiers based in Kabul who become involved in the rescue of the wife of a brutal Afghan landowner and businessman, Sharif Zamani (Atheer Adel). Taliban-sympathiser Zamani doesn’t take kindly to his spouse being spared his beatings, so he targets the Norwegian troops in a series of attacks, including an IED which blows up a jeep, killing one of the soldiers. He also challenges the Norwegians to take part in a bizarre Afghan equestrian sport called buzkashi which involves horsemen battling over a dead goat. Watch for that on Sky Sports sometime soon…

The action is split equally between the campaign in modern-day Afghanistan and, some months later, the soldiers’ return to Norway. It’s whilst back home that the main character – Lieutenant Erling Riiser (Aksel Hennie – Headhunters, The Martian and Hercules) – who was key to the rescue of Zamani’s wife, Wasima, receives encrypted phone messages regarding the woman he saved. He starts to suspect that he’s being set up, and sure enough his actions result in his suspension and a lot of political intrigue throughout the eight gripping episodes.

Add to the mix the fact that Riiser’s wife, Johanne (Tuva Novotny – who was in the recent tennis rivalry drama, Borg/McEnroe), is the Norwegian Foreign Ministry’s Head of Secretariat, and you have a further intriguing strand to the story – one involving Chinese financiers and delegates for the Nobel prize (hence the name of the show, in case you were wondering). It’s brilliant stuff and will have you binge-watching in no time.

Much is made of the Norway’s approach to situations like Afghanistan – after the death of one of the battalion, another soldier demands to know why they (the Norwegian army) must wait until the enemy has pointed their gun before they can react. It’s an interesting sub-plot to the story, how a peace-loving nation like Norway operates in war-torn territories like Kabul.

Throughout the show, the production values are very high. Norwegian broadcaster, NRK, clearly invested a lot of money in this 2016 series, with shooting taking place in Oslo, Prague and Morocco. And the authenticity of the scenes – particularly those in the dusty Afghan desert – is extraordinary, ramping up the tension thanks to the lifelike re-enactments.

The characters are very believable and three-dimensional, and the acting is of a very high calibre – natural and engaging throughout. It can be an issue sometimes with sub-titles that the written script can be a little stilted and unrealistic, but no such problems here.

When I heard this was a modern-day Nordic Noir set during the Afghan war, I was less than enamoured, imagining it to be a dreary and probably depressing watch. But it’s not – far from it! It has great characterization, excellent acting and an intelligent and well-paced plot. All that make this a must-watch show for fans of classy Scandinavian drama.