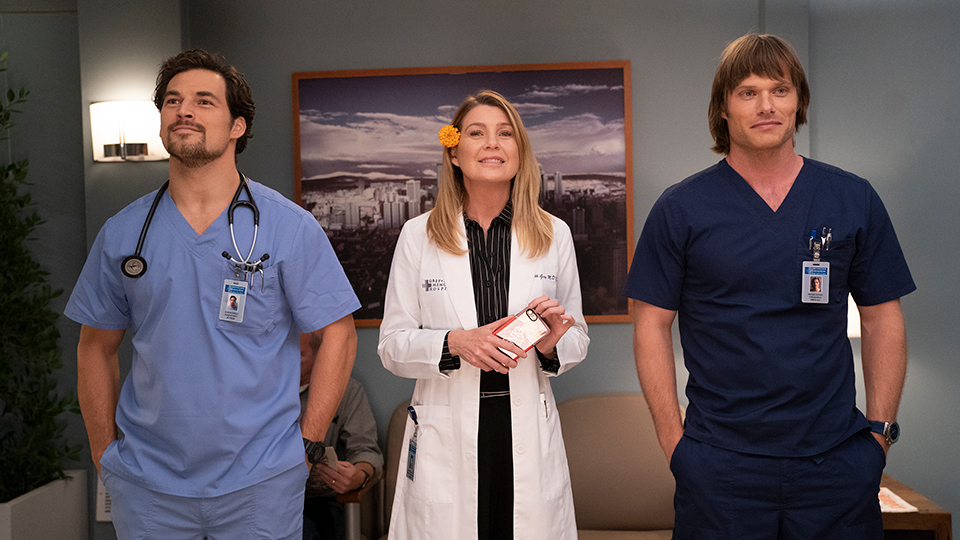 Meredith (Ellen Pompeo) took the day off from work to find Teddy (Kim Raver) and talk to her about coming clean to Owen (Kevin McKidd) about her pregnancy on the latest episode of Grey’s Anatomy.

While Meredith was out, Bailey (Chandra Wilson) and Jo (Camilla Luddington) took on the case of a patient with mysterious stomach pain. The patient kept asking for Meredith but Bailey was determined to resolve the patient’s illness without calling on her.

Meanwhile Jackson (Jesse Williams) returned and received a frosty reception from Maggie (Kelly McCreary) who was still furious that he left without speaking to her first.

Elsewhere Alex (Justin Chambers) was suspicious of Jo and Link’s (Chris Carmack) history so he treated the new doctor poorly, Levi (Jake Borelli) thought he’d mistaken Nico’s (Alex Landi) attention as hitting on him, and Owen and Amelia (Caterina Scorsone) spent the day outside of Betty’s (Peyton Kennedy) school paranoid that she would try to skip.

The next episode of the season is Flowers Grow Out of My Grave. Meredith has a patient whose family is celebrating Day of the Dead, making the doctors remember loved ones they have lost. Meanwhile, Richard shares unexpected news with Meredith about her father, and Teddy tries to tell Owen that she is pregnant.

Tune in to Sky Witness HD at 9pm tonight to see the episode. Preview it with our gallery below: