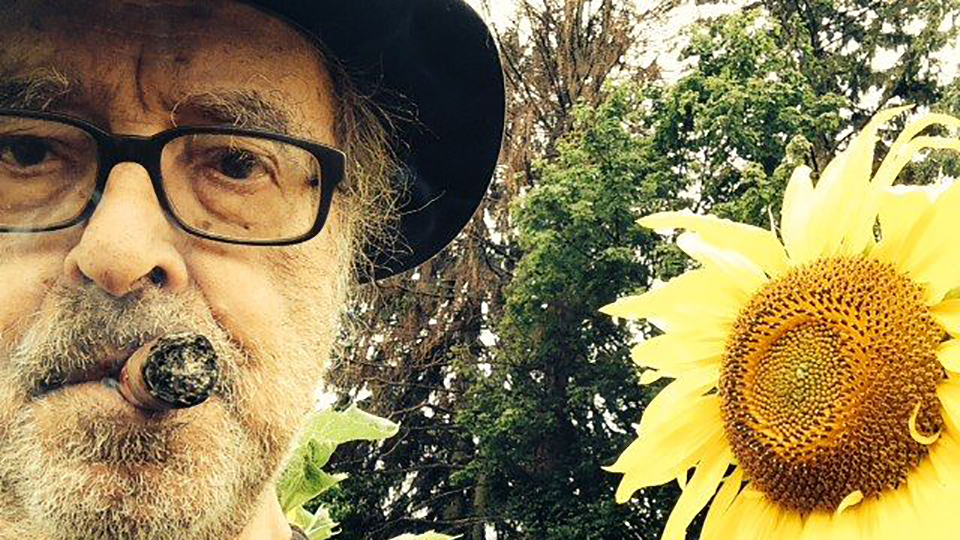 If you’ve ever seen any of the BBC journalist’s Adam Curtis’ films then you’ll be familiar with the type of narrated film essay that is on offer here: a montage of what initially seem like randomly chosen film clips, text-on-screen, voiceover and fantastic music becomes an accessible, thought-provoking meditation on geopolitics, war and east/west culture.

Curtis essentially nicked Godard’s act years ago and toned down some of the more alienating, inscrutable elements which the French auteur has been deploying since the 60s. Starting and ending with images of the human hand in fin de siècle representational art, Le Livre d’Image muses on the idea of depiction of real events in film via a growled voiceover delivered by Godard himself, juxtaposition of vérité war footage with clips of commercial movies, sudden on-screen graphics, jarring jump cuts, abrupt aspect ratio shifts and disruptive sound drop-outs: cross-cut between the jagged fangs on the nose of a Stuka to the teeth of the shark in Jaws; superimposed Italian neorealist scenes of ancient Arabia over Al Jazeera footage of real terrorist assassinations; bombs explode somewhere in the Middle East; Europe burns; Joan of Arc burns…

Never losing sight of the narrative and the message in what often still feels like an overwhelming, terrifying assault of images and language, Godard poses searching questions of exactly what we’re spending our time watching and at 87 years old, he doesn’t fall short of calling for political as well as artistic revolution in Europe, while at the same time satirising the pretensions of revolution in any event. In exceedingly fractured times, perhaps exceedingly fractured art is all that can really say anything relevant?

Following its introduction to British audiences through the BBC programme Videodrome in 1998, I’ve been trying to get my head round Godard’s precursor and companion-piece to The Image Book, Histoire du Cinema for 20 years and I still don’t really understand it. Histoire du Cinema tried, over four hours, to explain what the development of film throughout the twentieth century had to do with the people who made it and the people on screen.

“When one century dissolves into the next, the means of survival of the previous become the art of the next, and no activity can truly survive its absorption into art.” This, I think, is another way of asking if art, especially film, has ever really changed anything? Perhaps not, but long after the final frame, this film remains endlessly thought-provoking, exciting, scary, moving, depressing and strangely inspirational in equal measure. There’s a true artist still at work here and his latest film demands to be in seen – for the first time of many – in the venue to which he has dedicated his long, fascinating life (and tens and tens of thousands of Gitanes), the cinema. Especially in this age of state-of-the-art home reproduction and online streaming, what could be better value than a film which remains endlessly interesting and endlessly open?

The Image Book will receive special one-day screenings nationwide on 2nd December and will be available on MUBI from 3rd December.

In this article:Jean-Luc Godard, The Image Book