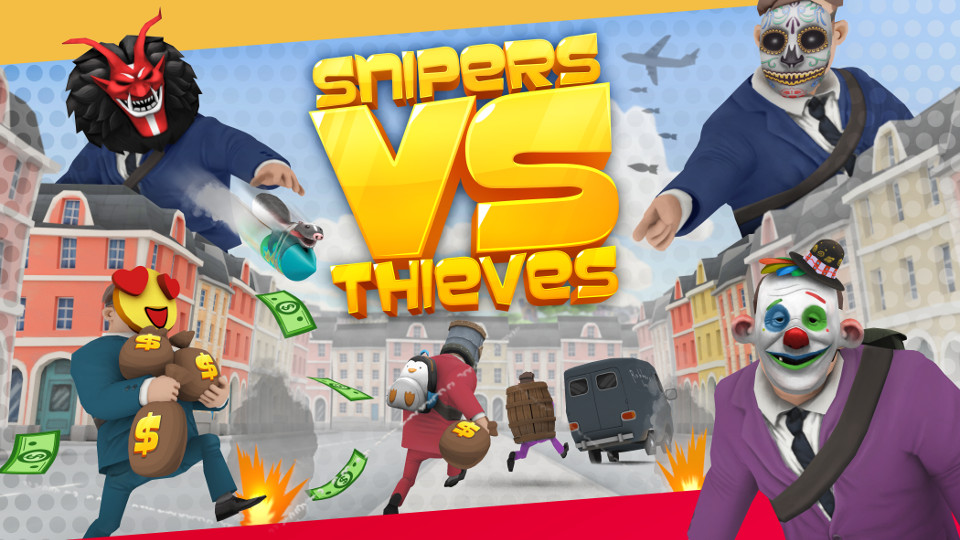 Snipers vs Thieves, developed by Foxglove Studios and published by PlayStack, has reached a massive 25 million players and is celebrating by releasing it’s biggest game changing update ever. Snipers vs Thieves is a mobile game with a pretty unique way of playing as you can either be a thief or a sniper.

When playing as a thief your aim is to escape with the loot you have just robbed whilst avoiding being shot by a sniper. When playing as the sniper your job is to prevent the thieves from reaching the getaway van and escaping with all the swag. What makes this more interesting is that all of the thieves and the sniper are controlled by real players creating a recipe for some great 1 vs 4 action.

“We are completely floored to see that in little more than twelve months since our global launch we have amassed more than 25 million players. This huge update is entirely for our fans, and for months we have been obsessed with making sure every player’s request has been listened to. It’s our way of saying thanks for making Snipers vs Thieves such a wonderful game to work on and such an incredible success story so far.”

“Snipers vs Thieves is immensely fun, easy to enjoy and incredibly popular with stellar ratings from our audience. We are sure that the 25 million players who have already enjoyed the game will love this huge update just as much as we do.”

The new update offers players new game modes, new weapons and gadgets, a redesigned interface plus a single player mode. You can read a summary below.

Snipers vs Thieves is free to play now on iOS and Android.

In this article:Android, foxglove studios, iOS, PlayStack, snipers vs thieves