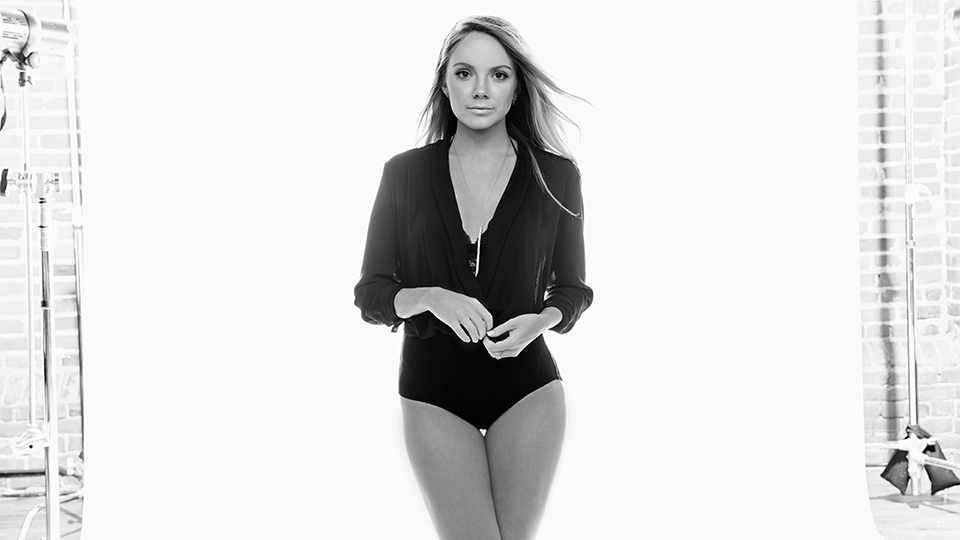 Last year when we spoke to Danielle Bradbery, she told us that she hoped to get over to the UK soon to perform live.

Since that conversation she’s been over several times making her UK live debut at the Big Machine Records showcase just days before C2C: Country to Country 2018. She also supported Midland at Omeara just after C2C in March and she returned in September to perform at The Long Road.

On Saturday night she was here to support Thomas Rhett at his headline show at the Eventim Apollo in London. I caught up with her following her performance to talk about her trips to the UK, talk about collaborating with Thomas and to find out when we can expect a headline UK tour.

Welcome back to the UK. Last time we saw you was at C2C: Country to Country and supporting Midland at Omeara. You’ve since been back for The Long Road and now you’re here supporting Thomas Rhett. What has tonight been like for you?

That was really amazing! The fans, I’m always so excited to hear their reactions to everything. I had a surprise… Thomas Rhett actually came out on stage and sang Goodbye Summer with me, which was really awesome. I think no one was expecting that and I’m so glad he did that. It’s been a fun night!

That really was a surprise. He just ran out and joined in. You looked pretty surprised…

I was actually really surprised! I was just going to do the whole song by myself, which I usually do and he ran out. I was like, ‘oh my god! Awesome’ (laughs).

Goodbye Summer is your new single and it’s a new version of Hello Summer. Thomas co-wrote that but why did you decide to mix things up and put him on the track?

Yeah Thomas Rhett wrote Goodbye Summer. Originally it was Hello Summer on my second record and a lot of people are like wait why did you change it? When it came to trying to think of the next single after Worth It, we were like, ‘OK we need an upbeat song’ and so that song immediately came to mind and we changed it up. We’re like let’s do it to the original and it actually made sense because we were leaving summer and it just kind of all fell into place in terms of how it should be. We just asked Thomas to be on it, why not, and he was very excited to be. It just kind of worked out perfectly.

Your vocals tonight were insane…

Last time I saw you perform, it was acoustic and tonight you had a band. Your vocals are always so crystal clear. It amazes me every time I hear you live. How do you warm up and get all that power out?

I try to drink a lot of hot tea and honey, and just really try to warm up the voice literally. I do a lot of warm ups that I’ve learned from a vocal teacher from back home that taught me a lot of stuff. She actually does Thomas Rhett as well so we both know the routine to warm up our voice. There’s a lot of weird ones but it helps a lot so I try to just take care of it as much as I can.

As you mentioned on stage, you’ve been here a lot this year. I want to know when you’ll be back for your own headline tour?

I know right! I don’t know exact dates but once they tell me I’ll be here! (laughs) I love coming back.

It’s almost C2C time again. Are you going to be jealous when it all comes around again as you’ve not been announced for it in 2019?

It is! I wish… hopefully we can figure something out. I’d love to come back.

Last time we spoke, you were on the verge of going back into the studio to work on new material. Do you have anything in the works right now?

We’ve actually got a lot of writes on the books and the calendar to look forward to. I’ve picked a lot of writers that I really love and I mesh with really well, and so I’m excited about those. We’ll get into writing pretty heavily by the end of this year and into the new year so that does call for new music. (laughs)

On I Don’t Believe We’ve Met, you really got stuck in to the writing side of the album. Are you feeling more confident as a writer and able to say what you want to say going into your next record?

Yeah for sure. That’s definitely been a thought of mine. Getting to know what the writing process is like and going through a full album doing it, I feel a lot more confident and more comfortable brainstorming out of the box. I do have a lot of ideas that I’m waiting to write. I write a lot of stuff down in my phone for those writes. From that time I’ve just gotten so much inspiration about a lot of things so I think I got it down and I’m excited.

Are you going to sneak out any Christmas songs this year?

I don’t think this year but I’ve always wanted to so I think next year will be the year. I’m going to put it out there (laughs).

A Christmas acoustic EP. That’s what we need…

Speaking of Christmas, are you getting any down time to spend time with your family and just relax? It’s been crazy year for you…

Yeah I actually am really excited. I do get to calm down for a little bit. I do get to go home and home is Houston, Texas. My whole family is still there and it’s going to be real nice.

I’m doing a lot of songwriting, which I’m excited about, and then I’m going to be doing a little bit of touring back at home with Kane Brown. Hopefully I’ll play and want to come back here. Hopefully I’ll get that on the calendar.

See, you can come back and bring Kane and he can support you. He hasn’t been over to the UK yet…

Exactly. He needs to come over here. I feel like that would be really fun for him.,

You really need to give him the hard sell…

I will! Yes I do need to do that (laughs)

In this article:Danielle Bradbery, Thomas Rhett