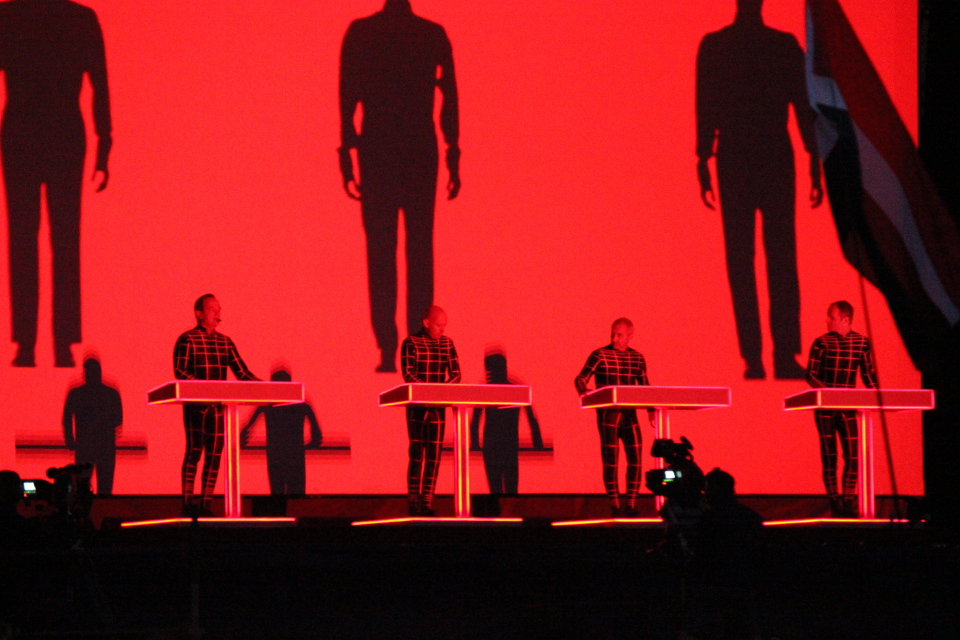 bluedot festival has revealed details of its first major headliner, none other than German electronic music pioneers, Kraftwerk. The influential German act will bring a special 3-D live performance to bluedot for it’s first UK headline festival performance in years. The legendary Germans are set to perform at the award-winning festival on Saturday night (20th July).

The first wave of bluedot 2019 artists will be revealed in January 2019. Weekend and day tickets will be available for purchase from Friday 23rd November at 10am, from the bluedot’s official website. Fans should get tickets now to avoid disappointment.

In 2019, bluedot will be back for its fourth instalment of the groundbreaking event, which has seen headline performances from the likes of The Chemical Brothers, Pixies, The Flaming Lips, Underworld and Jean-Michel Jarre, plus high-profile talks from experts such as Brian Cox, Richard Dawkins, Alice Roberts Dallas Campbell.

When the Lovell Telescope was built in 1957 it was by far the largest telescope in the world. It was at risk of not being completed because it had run far over budget. The miracle that saved it was the launch of the first satellite on October 4th 1957, Sputnik 1, which it tracked by radar, making it world famous.

Entering it’s forth year bluedot is an award-winning independent festival by From the Fields, who are owners and organisers of Kendal Calling and Off the Record and Jodrell Bank Discovery Centre. With a mandate to provide amazing, challenging and entertaining content for all the family, bluedot fuses an incredible mix of artists, speakers, scientists and performers into an event unlike any on earth.

Fun fact, Jodrell Bank has a history of association with music being the location for videos by iconic Manchester band Doves, Placebo, Public Service Broadcasting and Brian Cox’s D:Ream. Elbow recorded an album and DVD of their 2012 performance Live at Jodrell Bank.

Advertisement. Scroll to continue reading.
In this article:bluedot festival