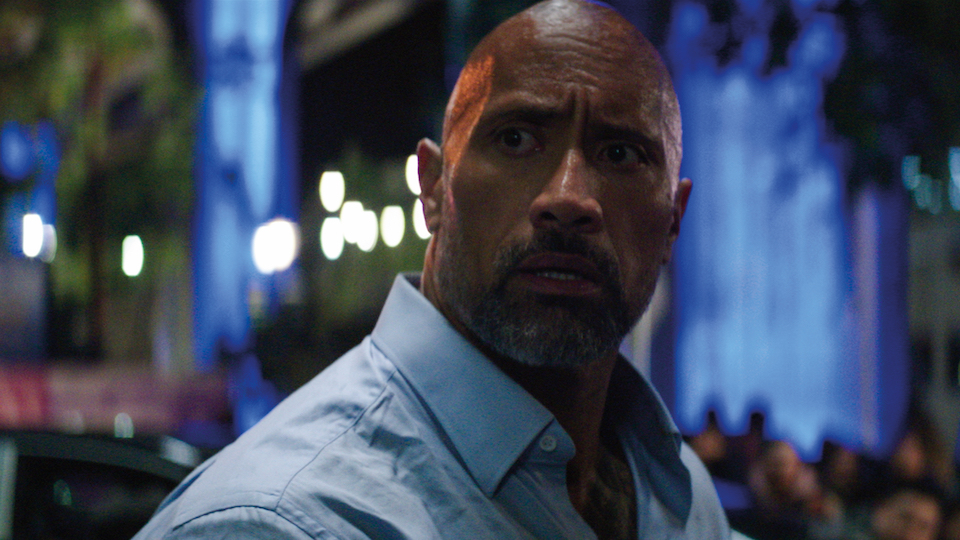 How high are your standards when it comes to summer blockbusters? Are you looking for well-written characters, thrilling plots with unexpected twists, and edge-of-your-seat action sequences? Or would you be just as happy with being mildly diverted for 90-120 minutes? Do cardboard characters, dull and predictable plots, and utterly pedestrian action deliver what you want from a blockbuster? These are important questions for determining how you will respond to Skyscraper.

It’s yet another film that Dwayne Johnson is too good for, and if it weren’t for his top billing it would have gone straight to DVD. In fact, let’s be honest, it wouldn’t have been made. He really needs to be making more films like Fast Five and Jumanji, and less like this, Baywatch, San Andreas, Pain & Gain, and Rampage. When you’re one of the biggest box office stars on the planet, you should be using your powers for good.

Skyscraper, written and directed by Rawson Marshall Thurber, is pure high-concept nonsense. Imagine a hybrid of Die Hard and The Towering Inferno, with – somewhat bizarrely – hints of Total Recall, but without any of the style, tension, skill, or imagination of any of those films, and you’ll begin to get an idea of what Skyscraper has to offer. Which is to say, very little.

The plot sees Johnson play Will Sawyer, a former marine and FBI hostage rescue team leader, who now works as a freelance security consultant. In his last hostage scenario his team was blown up by a suicide bomber, an incident which resulted in Sawyer losing one of his legs. He has travelled to Hong Kong with his family to assess the security protocols of the The Pearl – the world’s tallest and most technologically advanced skyscraper, built by one of the world’s richest men Zhao Long Ji (Chin Han).

Then a group of euro-accented bad guys turn up and set the building on fire, and make it look as if Sawyer is to blame. But with his family trapped inside the burning building, no amount of crime syndicates or Hong Kong police are going to stop Sawyer from getting back in The Pearl and going John McClane on everyone’s ass. If you’ve seen the marketing materials for the film, you’ll be aware that his method of getting back in the building, involves a ludicrous, gravity defying jump from a construction crane. Not even Ethan Hunt could pull that off.

Skyscraper is incredibly derivative, but let’s face it, it’s hardly the first film to follow the Die Hard formula. But it’s also deeply cynical. A film designed for maximum global appeal, it is incredibly violent whilst being almost entirely bloodless. It’s every bit as violent as Die Hard, and probably has a higher body count, but as there’s no blood, it’s a fun film for all the family.

The film may have benefited from some of the self-aware silliness that made White House Down (itself a beat for beat redo of Die Hard) such a blast. Johnson is at his best when he is larger than life and delivering hilarious one-liners. This earnest everyman shtick (as if The Rock could ever be an everyman) falls as flat as Will Sawyer should have done when he jumps off that crane.

The blu-ray release comes with a decent selection of extras, including director commentary, deleted and extended scenes, and a few short featurettes from behind the scenes.