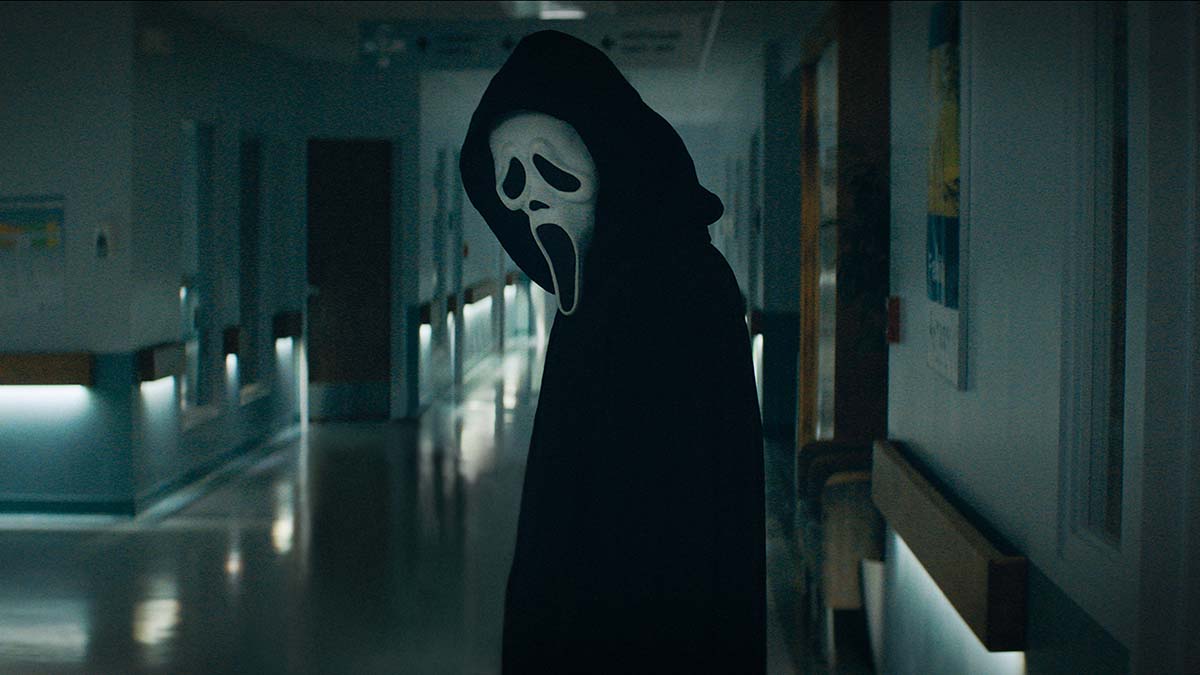 The impact that ‘Scream’ had upon its release in 1996 changed the horror landscape forever. Director Wes Craven and writer Kevin Williamson created a film that skewered the genre, mixing biting satire about horror with shocking and gruesome kills. Led by Neve Campbell, who was best-known for her girl-next-door role in TV hit ‘Party Of Five’, ‘Scream’ was met with widespread critical acclaim and it spawned three sequels with the last, ‘Scream 4’, arriving in 2011. Following the death of Craven in 2015, it looked unlikely that another ‘Scream’ film would be made with Campbell and fellow franchise stars David Arquette and Courteney Cox all stating their reluctance to carry the films on without him.

Fast-forward 7 years and ‘Scream’ is back with a fifth instalment (notably not referred to as ‘Scream 5’) with ‘Ready Or Not’ directors Matt Bettinelli-Olpin and Tyler Gillett at the helm. The directors have spoken of how the original ‘Scream’, and indeed Craven, inspired them to make films and with James Vanderbilt and Guy Busick writing the screenplay, they managed to get Williamson on board as an Executive Producer and the legacy trio of actors to reprise their iconic characters. Everyone involved has been keen to point out that this ‘Scream’ isn’t simply a fifth film in the franchise and Campbell has been on the publicity trail commenting that the film feels like the original.

So what do we get with ‘Scream’? It’s hard to talk much about it plot-wise as knowing nothing is the best way to experience it. With that in mind, I’ll be skimping on the spoilers so as not to ruin anyone’s enjoyment. What I can say is that ‘Scream’ sees the return of Ghostface and this time he or she is targeting a new group of teens who are in some way tied to the characters from the original movie. Not only that, but these teens have grown up with the ‘Stab’ films (the series of films inspired by Gale Weathers’ books) so they’re just as, if not more, savvy when it comes to navigating the rules of surviving a horror movie.

The nods to the original ‘Scream’ are plentiful throughout the film. From the opening sequence, which sees Tara (Jenna Ortega) tormented by Ghostface while home alone, through to the surprising and intense third act, you can tell this film has been made with love from film-makers who have a passion for the original. The return of Ghostface brings Sam Carpenter (Melissa Barrera) back to Woodsboro, who is hiding a pretty big secret, and of course as things escalate Sidney Prescott (Campbell), Dewey Riley (David Arquette) and Gale Weathers (Courteney Cox) find themselves drawn back to where it all began.

Where ‘Scream’ succeeds is in the way it captures the magic of what Craven and Williamson created with the original movie. Screenwriters Vanderbilt and Busick nail the meta-tone with the characters spouting references to horror films old and new, while exchanging their own thoughts on who the killer might be and how they can avoid being his or her next victim. Most at ease with delivering that dialogue is Jasmin Savoy-Brown as Mindy, and it’s fair to say she steals plenty of scenes over the course of the film. Once you discover her connection to the original characters, it’ll all make a lot more sense.

While ‘Scream 2’ and ‘Scream 3’ leaned further into the comedy, and ‘Scream 4’ sat somewhere in the middle, ‘Scream’ goes for brutal. It wears its 18 certificate with pride and it doesn’t disappoint when it comes to the kills. At times the film feels relentless and the third act was so intense, I could feel my heart pumping in my chest. Things are brought cleverly full circle and it could be the best final act of the entire ‘Scream’ franchise.

The new young cast brings the same energy that Campbell, Skeet Ulrich, Rose McGowan et al brought to the original. They bounce off one another delivering one liners, out-smarting each other with horror trivia and committing to their roles. Melissa Barrera as Sam and Jack Quaid as her boyfriend Richie are two of the standouts, and of course it’s fantastic to see Campbell, Arquette and Cox back together on screen.

‘Scream’ is just what the franchise needed to bring it back to form after the divisive ‘Scream 3’ and ‘Scream 4’. The film is packed with plenty of surprises (seriously, I squealed at one reveal) and it’s a satisfying love letter to horror fans who loved the original and have stuck with the series since. In the hands of Bettinelli-Olpin and Gillett, ‘Scream’ is in very good hands and I can say hand on heart that I believe Wes Craven would be very happy with this new instalment. With all eyes on how the film performs at the box office, which is still suffering due to the pandemic, it’s too early to tell if this will be a one-off or the start of a new trilogy, but my gut feeling is that we’ll be back in Woodsboro before long.