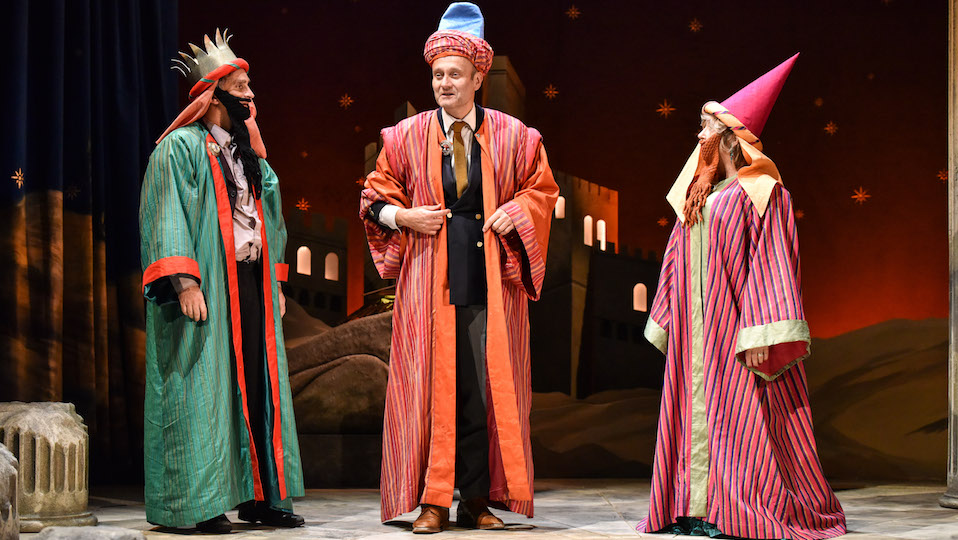 A travelling theatre troupe comprising two actors and an opera singer are set to arrive on camel back in venues across the UK to re-enact the greatest story ever told.

Joseph, Mary, the Archangel Gabriel, Herod, God and an ox are all authentically portrayed in this vibrant comedy weaving visual invention with a hint of the divine, The Messiah is a love letter to theatre, theology and the great man himself.

The Messiah is a new show from Patrick Barlow (writer of the Olivier Award-winning West End hit The 39 Steps) – who also directs this production – and is touring the UK this Autumn, before transferring to London’s The Other Palace in December.

Hugh Dennis (Mock The Week, Outnumbered) is making a return to the stage for the first time in over 20 years while John Marquez is best known for his role as PC Joe Penhale in the hit ITV Comedy series, Doc Martin.

Lesley Garrett CBE is Britain’s best-known soprano, regularly appearing in opera, musical theatre, concert, television and on CD’s. For more than 30 years she has enjoyed one of the most successful careers of any modern-day, classically trained soprano. From Rossini’s famed opera The Barber of Seville at the Coliseum, to West End musical hits, The Sound of Music and Carousel, Garrett has become a real national treasure so don’t miss this chance to see her comedy play debut.