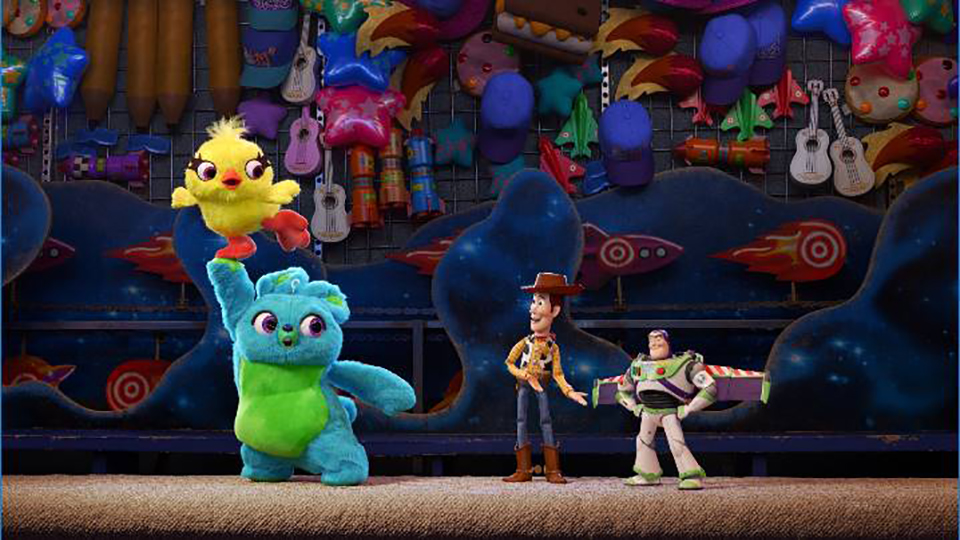 A second teaser has arrived for Toy Story 4 and it features carnival prizes Ducky and Bunny doing impressions of Woody and Buzz.

Ducky and Bunny are carnival prizes who are eager to be won. But when their plans are rudely interrupted, they find themselves on an unexpected adventure with a group of toys who have no idea what it feels like to be tacked to a prize wall.

Keegan-Michael Key and Jordan Peele provide the voices of Ducky and Bunny respectively.

Yesterday the first teaser for Toy Story 4 arrived, which showed the toys getting into chaos all thanks to Forky.

Toy Story 4 is directed by Josh Cooley (Riley’s First Date?) and produced by Jonas Rivera (Inside Out,” “Up) and Mark Nielsen (associate producer Inside Out).

Disney Pixar’s Toy Story 4 will be released in cinemas on the 21st June 2019.

Advertisement. Scroll to continue reading.
In this article:Toy Story 4