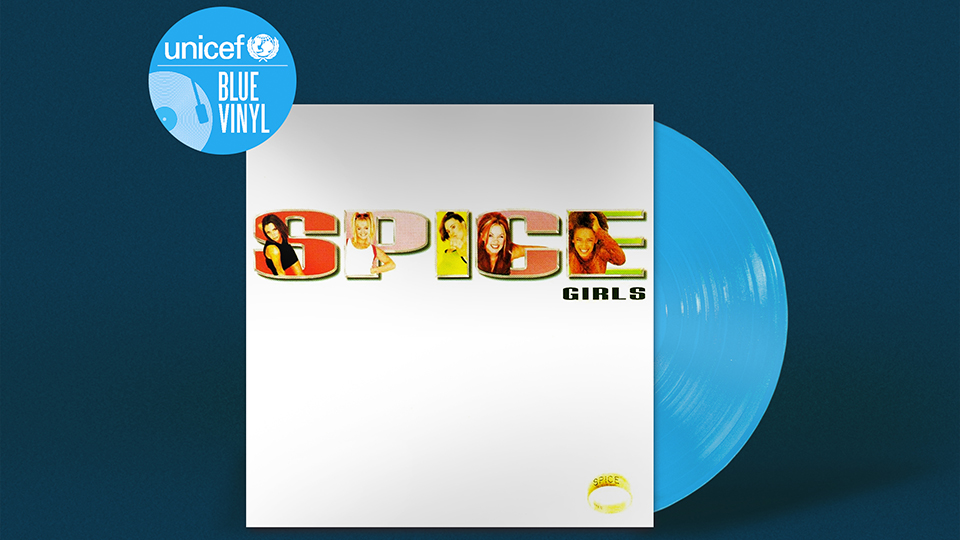 Today 50 special limited edition blue vinyl copies of 16 classic albums have been released to raise money for Unicef’s work for children affected by wars and disasters.

The blue vinyl releases include best-selling albums such as Amy Winehouse Back To Black, Bob Marley And The Wailers Catch A Fire, Alicia Keys Songs In A Minor, David Bowie The Next Day, King Crimson In the Court of the Crimson King, Spice Girls Spice and many more.

Each of the albums has been pressed in Unicef’s cyan blue vinyl and individually numbered from 1 to 50. Every one will feature an edition sticker as well as a holographic Unicef sticker on the front of the album.

How do you get your hands on them we hear you ask? You can pay £5 to enter an artist specific prize draw. You can buy as many tickets as you want and for every 10 tickets you buy, a free ticket is issued.

There’s also the chance to bid for the first pressing of each of the blue vinyl editions. Bids start at £250. The prize draw and auction will be hosted on – www.givergy.com. There is also a special auction for the collection of the number 2 pressings of all 16 albums. Bids start at £1,500.

Tim Clark Unicef UK Vice President/Chairman ie:music said: ““I’m honoured to have set up the Unicef Music Group and, together with Unicef UK, bring together some of the biggest names in the music industry to raise money and awareness of Unicef’s vital work for children through Blue Vinyl. Music fans – and vinyl collectors especially – are famous for their passion and dedication to their favourite artists, and we’re hoping that they dig deep to support this incredible cause, helping Unicef be there for children in danger, wherever and whenever war or disaster strikes.”