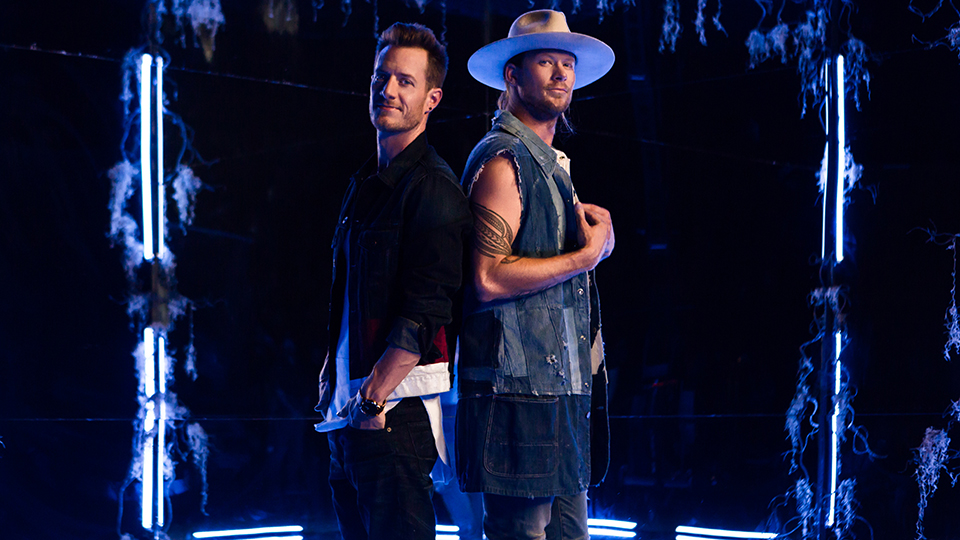 Florida Georgia Line are getting steamy in the video for their new single Talk You Out Of It, which is streaming exclusively on Apple Music today.

Filmed in Los Angeles, the video was directed by Justin Clough. Florida Georgia Line’s Brian Kelley and Tyler Hubbard invited their wives – Brittney Kelley and Hayley Hubbard – to costar in the clip. The end result is an intimate video with a dose of real seduction.

Talk You Out Of It was written by Hardy, Hunter Phelps, Jameson Rodgers and Alysa Vanderheym. The video arrives ahead of this week’s 52nd Annual CMA Awards, which airs tomorrow.

Florida Georgia Line are nominated for Vocal Duo of the Year plus Single of the Year and Musical Event of the Year for their 4x Platinum-certified Meant to Be with Bebe Rexha. They will perform the song live at the awards, which has been at number one on the Billboard Hot Country Songs chart for 50 weeks.

They will be joined by Canaan Smith and Mason Ramsey for each night where they’ll be performing their hits and tracks from their upcoming fourth album. It’s sure to be a party of the kind Vegas hasn’t seen before!