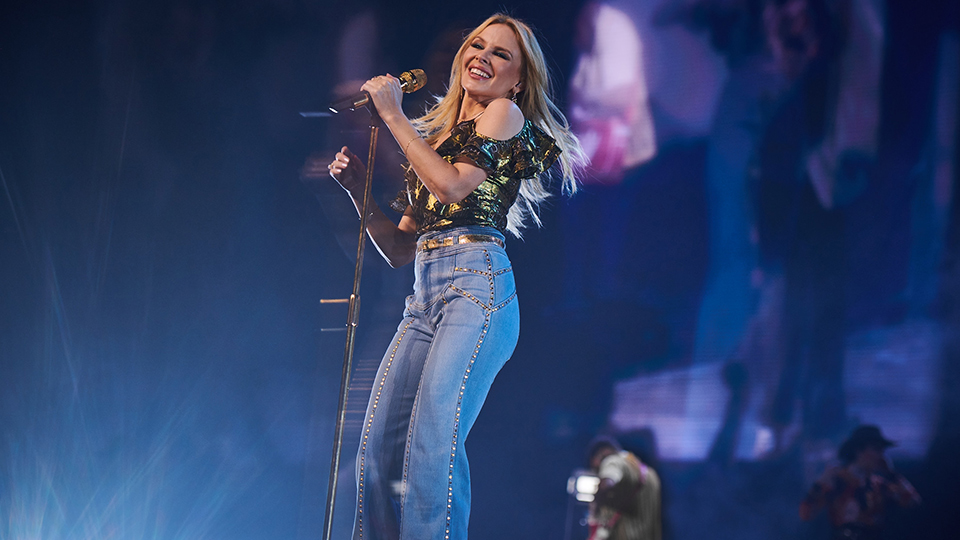 Kylie Minogue has been confirmed as the first headliner for Hampton Court Palace Festival 2019.

The pop princess will perform on 20th and 21st June at Base Court, one of the magnificent Tudor courtyards within the palace. The dates will be her only London shows in the summer of 2019.

The new dates come following the completion of the UK leg of Kylie’s Golden arena tour. Fans can expect the singer to perform hits from across her lengthy back catalogue as well as selections from Golden (buy your copy now).

Stephen Flint Wood, SVP & Managing Director of Arts & Entertainment, IMG said, “We are absolutely delighted to announce Kylie Minogue as the first artist to perform at the 2019 Hampton Court Palace Festival. Kylie will be making her debut at the Festival and have no doubt her shows will be truly special with a star of her magnitude performing in the idyllic setting of Hampton Court Palace. Further announcements of world-class musical talent will be announced in the coming weeks.”

Golden was released earlier this year and became Kylie’s sixth number 1 album. It has spent 20 weeks on the UK albums chart, making it the best-selling 2018 release by an international female artist.

Hampton Court Palace Festival is in its 27th year. Artists perform in a 3,000 seat auditorium in Base Court, set against the backdrop of Henry VIII’s magnificent Tudor Palace.

Tickets for Kylie Minogue’s shows will go on general sale this Friday 16 November 2018 at 9am available from www.hamptoncourtpalacefestival.com.