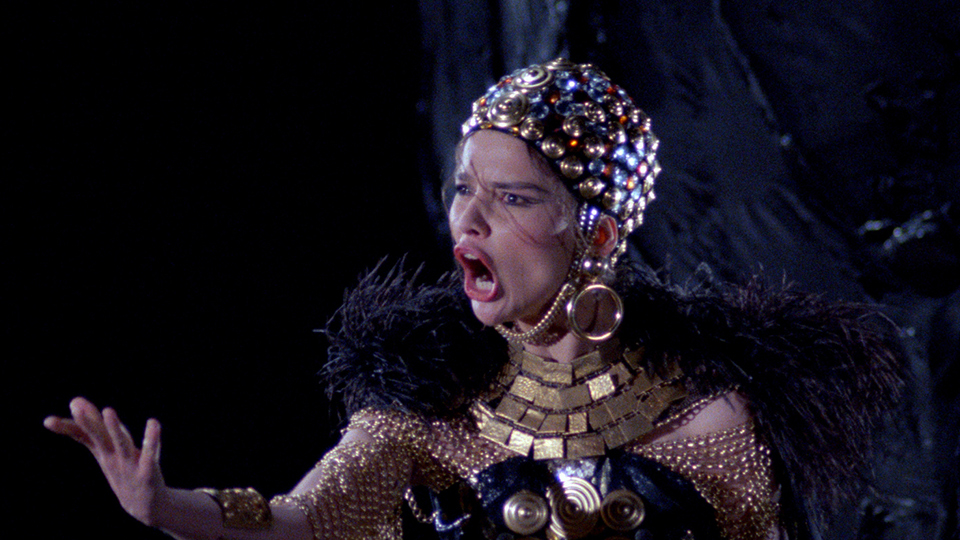 Released on Dual-Format Blu-ray and DVD, and VOD on 21st January 2019, Opera has been restored for the new release. The stunning new 2K restoration’s colour regrading was carried out under instruction from Argento in reference to his own, preferred, original cinema print.

When young understudy Betty takes the lead role in a new operatic production of Verdi’s Macbeth, she soon attracts the attention of a knife-wielding psycho who forces her to watch – with eyes pinned open – as he brutally despatches her friends and colleagues with sadistic delight. Can Betty free herself from this unending nightmare or does a more terrifying fate await?

Opera is a ravishing return to the giallo style Argento made his name with, awash with black-gloved killers, lavish bloodletting and the director’s expressionistic Grand Guignol excess.

In this article:Dario Argento, Opera