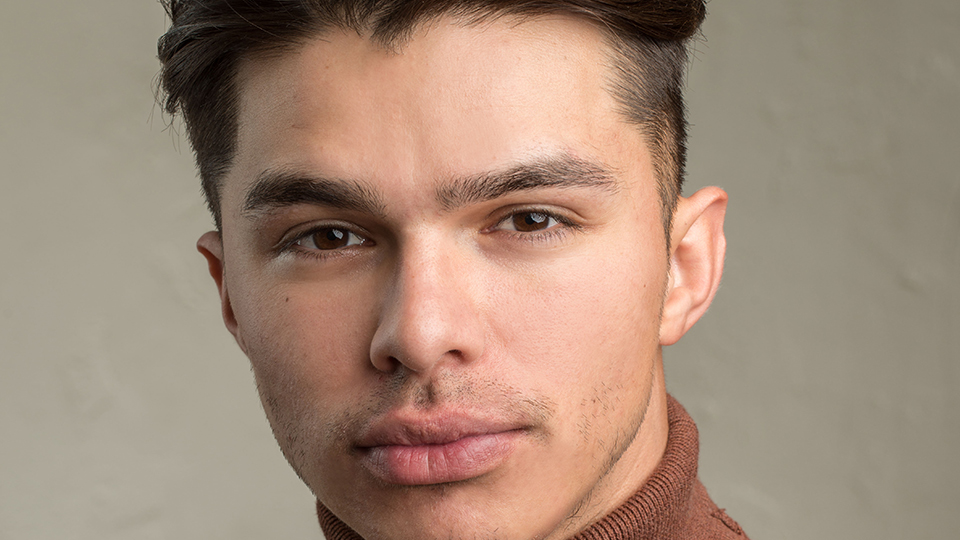 One of the highlights of this year’s Arrow Video FrightFest 2018, Lasso is being released on-demand on Tuesday 13th November 2018.

From director Evan Cecil, Lasso is a fun blood-drenched slash-fest that uses practical effects for an authentic horror movie experience. One of the stars is up-and-coming actor Andrew Jacobs, who also recently starred in Paranormal Activity: The Marked Ones.

I caught up with Andrew to talk about making Lasso, discuss his character Simon and to find out the lessons he’s learned so far in his career.

Hi Andrew. How are you today and what have you been up to?

I shot a pilot for Blumhouse that unfortunately doesn’t look like it’s going to get picked up, but I also did a role for a new Netflix series coming out in 2019 that I can’t say much more about right now 😉

Your new film Lasso is heading to on-demand this month. Give us a little overview so our readers know what to expect…

Lasso is about Kit and Simon who take a group of seniors on a trip to watch a rodeo show and as they’re leaving they realise they’ve been trapped and have to fight for their lives to get out.

You play Simon. Tell us what kind of a person he is and what we need to know about him…

Simon is hard to work with, he definitely has a bit of an attitude. As the story goes on, you see he isn’t the bravest but he realises that he has no choice but to man up if he wants to save himself and the others, and he makes a complete change in himself

Lasso is at times very gory and there are some spectacular deaths. What was it like working with so many practical effects?

Lasso is definitely gory! To be honest while reading the script I wasn’t quite sure how all the deaths and stunts were going to turn out but once I saw them on the screen I realised they pulled it off and it actually looked really good, I was impressed.

The cast features some legends including Sean Patrick Flanery and Karen Grassle. What were they like to work with?

Working with Sean Patrick Flanery and Karen Grassle was great. I was able to learn a lot from them while watching them work. And they are also really nice people.

You’re quite early on in your career. What lessons have you learned along the way and is there anything that you learned on Lasso that you’ll take forward with you?

Every project I work on, I have taken tips and lessons that I’ll be taking with me for the rest of my career. Being a lead in the majority of my roles has definitely been an honour and I can’t wait to continue and to keep growing.

You’ve done a couple of horror films now. Are they as scary to film as they are to watch?

Filming scary movies is definitely not as bad as watching them, only because while on set you’re with the whole cast and crew and these people become your friends along the way. But watching it on the screen you forget that there were a bunch of people around you and it feels like it’s just you going through what’s happening

What’s the one film franchise or TV series that you’d love to be part of and why?

If I had to choose a franchise to be a part of it would definitely have to be the Marvel Universe. It might sound funny to others but it’s what I grew up watching and I also have a son and it would be so cool for him to go to his friends and be like look “My daddy is a superhero.” That would be something!

If you could only watch one horror movie for the rest of your life, which one would you choose and why?

If I had to choose a horror movie to watch for the rest of my life I would say it would be A Nightmare on Elm Street, just because I remember growing up on them and the whole storyline just really creeped me out

Lasso is released on-demand from 13th November 2018. Watch the trailer below:

Advertisement. Scroll to continue reading.
In this article:Andrew Jacobs, Lasso