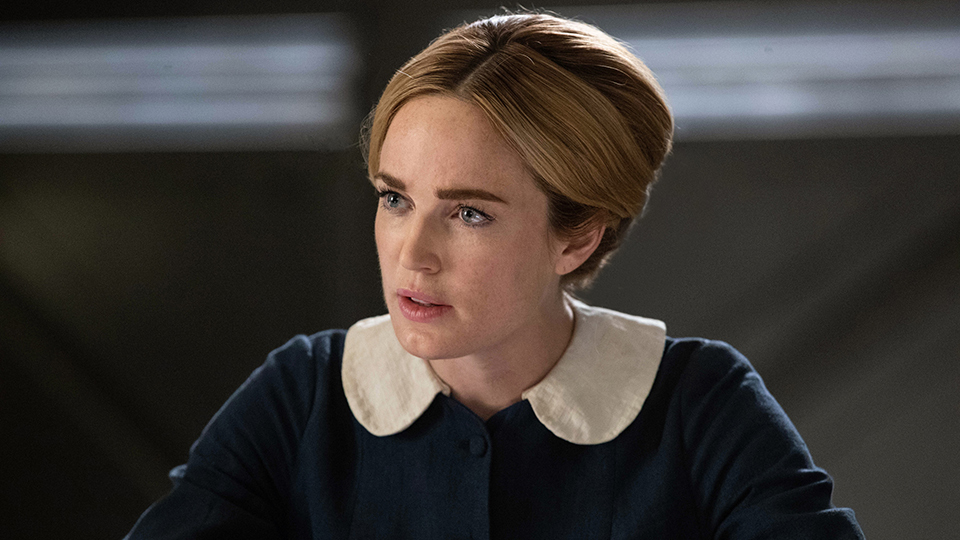 The Legends headed to Woodstock on the season 4 premiere of DC’s Legends of Tomorrow.

Constantine (Matt Ryan) returned to warn Sara (Caity Lotz) of the darkness the team accidentally released. She dismissed his claims until a flesh-eating unicorn appeared hunting for a virgin.

The team used Gary (Adam Tsekhman) to lure the unicorn so they could send it back to hell with the help of Constantine. Following that Constantine returned home and was taken over by dark magic and issued a warning in blood that something was coming for him.

Meanwhile Zari (Tala Ashe) took Ray (Brandon Routh) to task for helping Nora (Courtney Ford) escape and she realised he had feelings for her.

Elsewhere Sara tried to keep the team’s latest disaster from Ava (Jes Macallan), who asked her to move in with her.

The next episode of the season is Witch Hunt. The Time Seismograph sends the team to the Salem witch trials, where it learns that there is a magical creature in the town creating unexpected problems; Nate and Ava attempt to prove to the Time Bureau that magic exists.