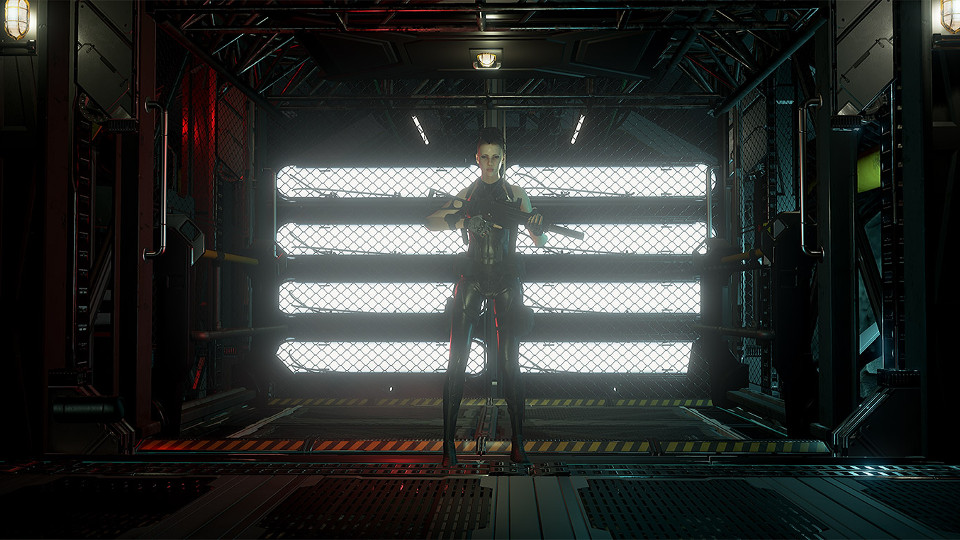 Horrific experiments in eugenics, a dilapidated research station, limited time, and only one way to escape – the haunting thrills of Syren are coming to PlayStation VR on November 6th.

You awaken in an underwater facility. The entire structure is creaking under the strain of the ocean’s pressure, the pipes are leaking, its reactor is primed to detonate, and there is something stalking the halls.

Using stealth and cunning, you must stay hidden and solve puzzles, all while watching the shadows for the deadly Syrens. Taking full advantage of the immersion of PSVR, you need to keep your head on a swivel if you having any hope of escaping.

Watch the official Syren trailer below:

One scientist’s obsession with reviving a precursor race known as Syrens is what led to this cataclysm, and now you must find a way to return to the surface before you’re swallowed by the sea forever.

“After coming to both Oculus and Vive, we are really excited to be bringing Syren to PSVR. Since launching in early 2017, we’ve refined and expanded on our original ideas to give the player a thrilling, tense and occasionally puzzling experience. We’re looking forward to PSVR owners having the chance to see what lies beneath the surface in Syren.”

Syren for PSVR also includes Episode 2, a free-roaming shooter set after the first game. Taking on the role of CIA Agent Manning, you must fight your way towards a strange anomaly, battling off bloodthirsty syrens as you go.

Syren Episode 1 and 2 release as a package for PSVR on November 6th. Check out the official website for more information.