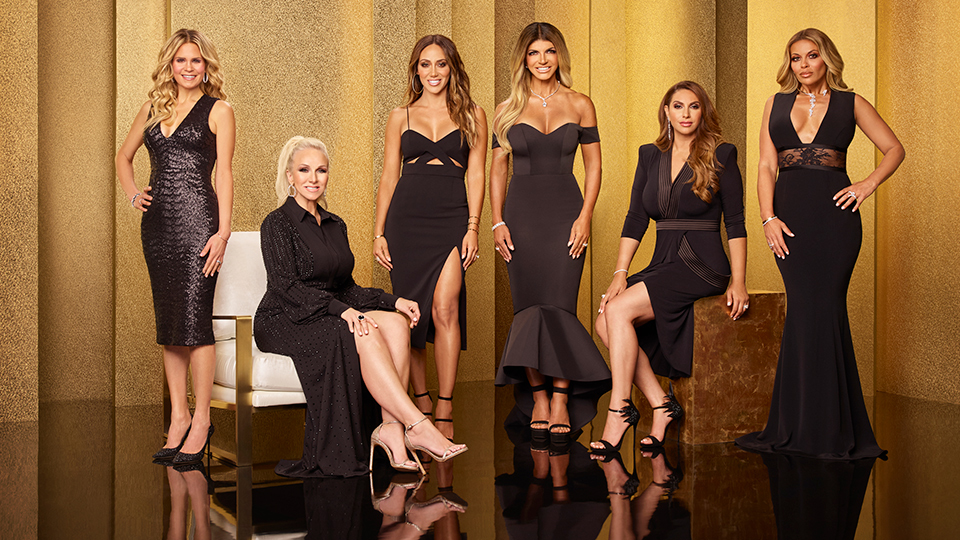 The Real Housewives of New Jersey returns for a ninth season to hayu on Thursday 8th November 2018.

This season on The Real Housewives of New Jersey, shocking revelations lead to shifting alliances, causing old school rules of friendship and family to be pushed to the limit.

Teresa continues her journey as an independent woman during the final year of Joe Giudice’s prison sentence and decides to enter a bodybuilding competition against her husband’s wishes. Meanwhile, Melissa discovers some scandalous secrets about her father sparking her to search for answers.

Dolores has been questioning her life choices and struggling with empty nest syndrome more than ever, which is partly due to her distracted workaholic boyfriend David. After becoming fast friends last season, Margaret discovers she’s signed up for more than she expected as a bridesmaid in Danielle’s upcoming nuptials. When new housewife Jennifer enters the scene, she calls out Margaret for the scandalous affair that ended Marge’s first marriage, creating a rift between the two ladies that spirals out of control.

But the entire group is forced to pick sides after Teresa rips open old family wounds. And newcomer Jackie quickly proves that she’s not afraid to go up against Teresa. However, Jackie finds herself in a position where she has to prove herself after Teresa accuses her of coming between family – the one thing that you NEVER do in Jersey.

After years of rebuilding old friendships and forming new ones, these ladies are left wondering if their once close-knit group has been fractured beyond repair.

Find out more about the new housewives below…

Coming from a traditional Turkish background, Jennifer Aydin has always put her family first. She is a mother to five children ranging from 5 to 13-years old and is happily married to a successful plastic surgeon. But as Jennifer’s youngest child is about to enter school, Jennifer finds herself ready to break out of her traditional role as homemaker and mother, challenging the roles she and her husband have subscribed to for their entire relationship. And when Jennifer helps to arrange her brother Michael’s marriage to a family friend in Turkey, she is unprepared for the backlash she faces from some of the ladies who find it difficult to accept her less than modern ways.

As a mother of two sets of twins under the age of 10, Jackie Goldschneider’s hands are completely full at all times. Worried about raising her children in a privileged home, she is determined that they grow up as strong and self-sufficient individuals. Jackie is a former real estate attorney but has recently found passion in her new career as a parent blogger. Being friends with Margaret already, Jackie is totally ready to connect with a new group of women and start giving them advice, which may not go as well as she plans.

Advertisement. Scroll to continue reading.
In this article:hayu, The Real Housewives of New Jersey