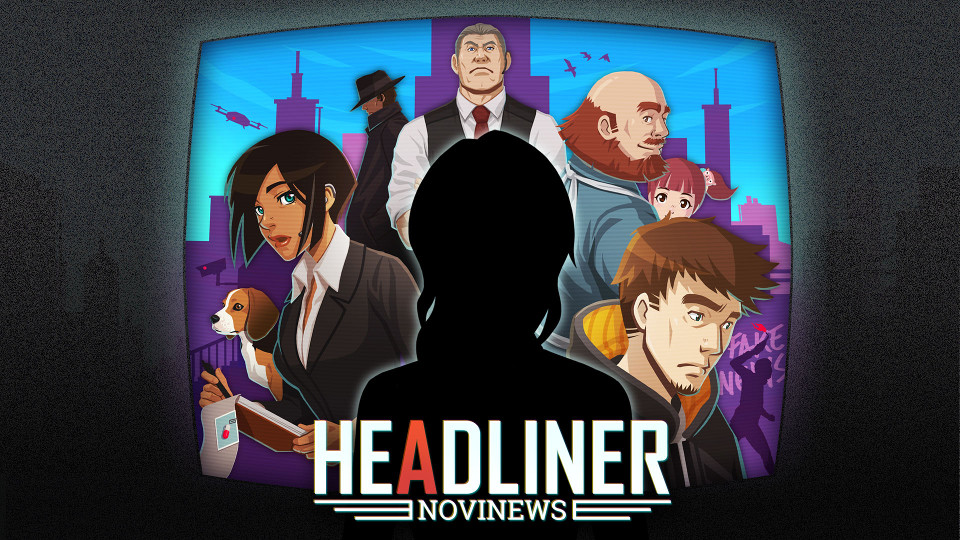 If consequences were a game, they would be Headliner: NoviNews. You play as a brand new reporter for a news station that indirectly controls a nation through every truth and untruth circulated in print. Everything you publish, or choose not to publish will have its side effects and those will trickle down into events that you, Headliner, have personally caused. You’re made to live with the consequences of everything that you do, while you watch people around you and Novistead itself change daily.

This is a game, that even if it were in text format, would carry on in concept. The path through Headliner: NoviNews is linear: you’ll playthrough a day to day format with your boards consisting of you at a desk doing the actual heavy lifting of picking and choosing your headlines, or you out and about witnessing how the headlines have played out. Even with the linearity of the game’s progression, you’ll have branching paths in the story (almost certainly) that will change the flow of the outcome.

It’s hard to describe exactly the sort of issues going on in the city of Novistead without giving away critical story points: but I will say that everything is centered around politics, hysteria, and the devastating destroyer of a sound society: xenophobia. As all obstacles are completely encompassed within the fictional world, your belief is suspended, but instantly immersed given the reflection on real world issues.

There’s an interesting incentive of replayability with Headliner: NoviNews. Yes, the format stays the same with how you walk through the game, but the choices are the real focus. You’ll be curious enough to go back in and have another look: could I have done that differently? What happens if I took that fork in the road? Not all decisions feel critical, but even then, little ripples will make big waves.

View some Headliner: NoviNews screenshots in our gallery:

Headliner: NoviNews is a game that I believe goes a bit above and beyond in that it causes you to think outside of what you’re playing. Enticing paranoia through news, demonizing groups of people with xenophobic publications and pushing substances and medication through praise or condemnation are all issues that have occurred throughout history in real life. The game can feel painful and rewarding at times as you stand up for what you personally believe in, or happily take part in succumbing Novistead into a totalitarian state. The choice is yours, of course, but even being unbiased can have considerable consequences.

Headliner: NoviNews hosts about an hour worth of gameplay each time around if you’re playing consistently and with a price tag on Steam of £7.50, it is more than worth taking the time out to throw yourself into this world of potential chaos. Shutting off the game won’t necessarily mean you shut off your thoughts about it, and that’s where I think Headliner: NoviNews shines.

Headliner: NoviNews was reviewed using a digital code supplied by the publisher.