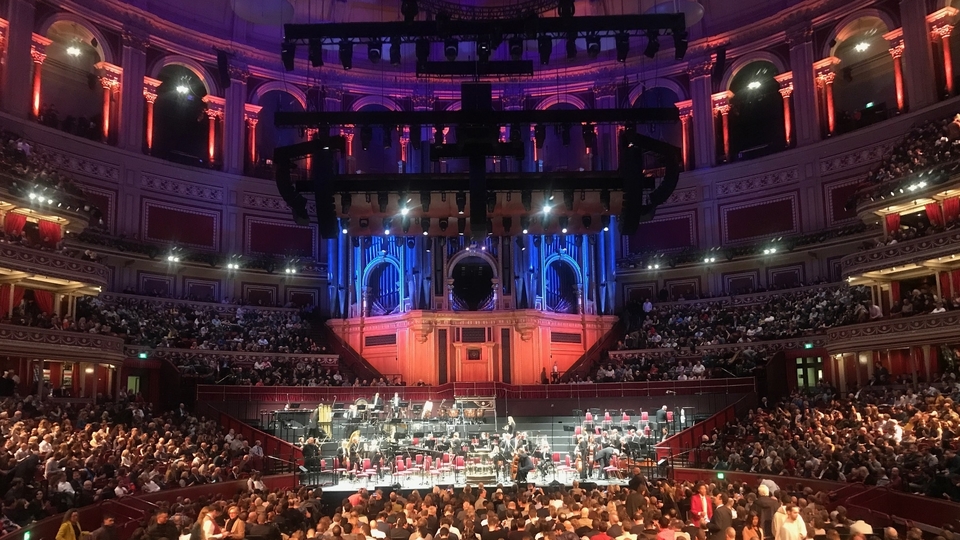 The hallowed Royal Albert Hall played host to a wonderful celebration of the work of Maestro John Williams on Friday 26th October 2018. Originally dubbed ‘An Evening with John Williams’, the concert had to make a last minute change, but soon morphed into an encompassing celebration of his legacy in the world of movie music.

It was meant to be John Williams’s triumphant return to the Royal Albert Hall, with the London Symphony Orchestra under his leadership once again – a company that Williams has had a very special connection with for many a year. Sadly due to illness, Williams had to pull out of the concert – but he was adamant that the evening still went ahead for people to enjoy.

And so it did. It was a wonderful evening full of anecdotes and love for a man whose work has touched the souls of everyone who has ever listened to his music. John Williams is the personification of movie music having delivered some of the most breathtaking and instantly-recognisable themes in cinema history. Tonight was the night where his legacy was honoured by a live crowd who were in raptures of applause between every piece performed.

Whilst it was a bitter disappointment to not have Williams there in-person, he was certainly listening in whilst recuperating, as Classic FM broadcasted the entire show on the radio with Williams himself also sending a letter that was read out to the packed auditorium prior to the concert starting.

Stepping onto the podium in his place was Maestro Dirk Brosse – a long time friend and collaborator of John Williams who has toured and performed Williams’ works around the world. He was a very safe pair of hands to lead this celebration and dutifully delivered a rousing performance along with the brilliant LSO that frequently had the crowd up in standing ovations. Brosse and selected members of the LSO also told the crowd some heartfelt stories and speeches in-between performances that really illustrated why John Williams is so beloved in the industry.

The evening started with a Star Wars medley, which can get any venue going anywhere in the world. Excerpts from Close Encounters of the Third Kind followed before the Harry Potter theme got everyone off their seats clapping. Two more Potter pieces of music were played before a segment from Dracula and the E.T. The Extra-Terrestrial.

After the interval came my favourite moment of the night – the Superman theme. This is such an iconic piece of music (well… they all are), but there’s something simply magnetic about the Superman anthem that has imbedded itself into the hearts and minds of everyone. It was a wonderful experience to hear this live.

The BFG then followed before another crowd favourite got the cheers going – the theme to Jurassic Park. After a touching performance from soloist Carmine Lauri of the theme from Schindler’s List came three selections from Star Wars. The Imperial March was mesmerising, the Han Solo and the Princess theme got some eyes watering before the rousing, imperious Throne Room and Finale piece (where Luke, Han and Chewbacca get their medals at the end of the movie) ended the majestic concert. That was another ‘pinch yourself’ moment to hear this piece of music conducted live.

As the night drew to a close, so began the standing ovations, and with that came a very special encore indeed. Now John Williams work is so diverse and spread across so many years that you’d expect certain pieces of music to be present. There were two particularly big omissions when the order of play was released, but thankfully these were saved until the end. The first encore piece was Jaws and it was superb. Then came the emotive Yoda’s Theme from The Empire Strikes Back before the roof was raised with the theme from Indiana Jones.

The world famous Royal Albert Hall really was the one and only venue to witness this celebration in, with John Williams work given a truly justified honour from the sold-out crowd. It was sad to not have the legend himself present but the crowd were treated to a wonderful and memorable experience all the same. It was a beautiful showcase of some of the greatest movie music you’ll ever hear.