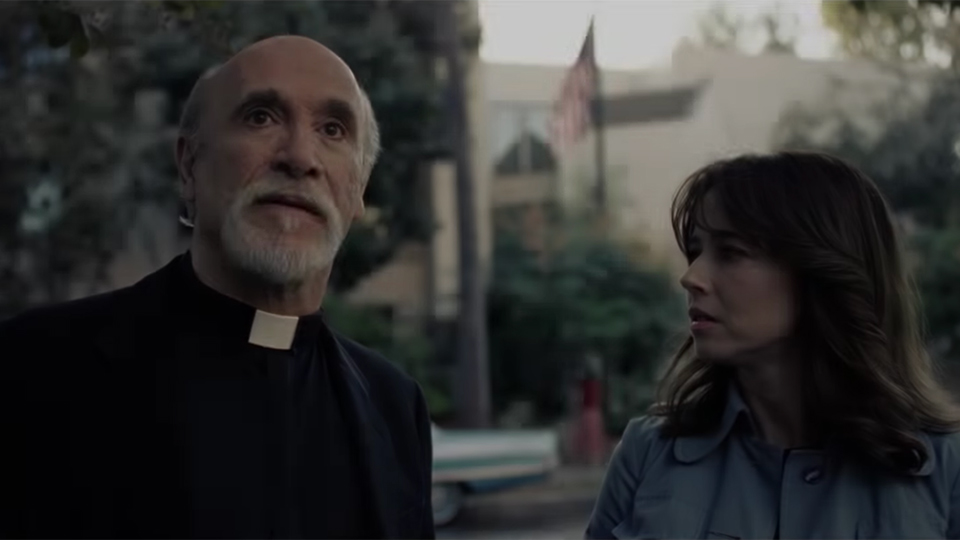 In time for Halloween, the creepy trailer and teaser poster for New Line Cinema’s The Curse of La Llorona has arrived.

From the people behind The Conjuring Universe and IT, The Curse of La Llorona stars Linda Cardellini, Raymond Cruz and Patricia Velásquez. it is directed by Michael Chaves and written by Mikki Daughtry and Tobias Iaconis.

La Llorona. The Weeping Woman. A horrifying apparition, caught between Heaven and Hell, trapped in a terrible fate sealed by her own hand. The mere mention of her name has struck terror around the world for generations. In life, she drowned her children in a jealous rage, throwing herself in the churning river after them as she wept in pain.

Now her tears are eternal. They are lethal, and those who hear her death call in the night are doomed. La Llorona creeps in the shadows and preys on the children, desperate to replace her own. As the centuries have passed, her desire has grown more voracious…and her methods more terrifying.

As if the trailer wasn’t enough to scare the pants off you, a sinister teaser poster has also been released. Take a look below:

The Curse of La Llorona is produced by Emile Gladstone, Gary Dauberman and James Wan. It will be released in UK cinemas in April 2019.

In this article:The Curse of La Llorona