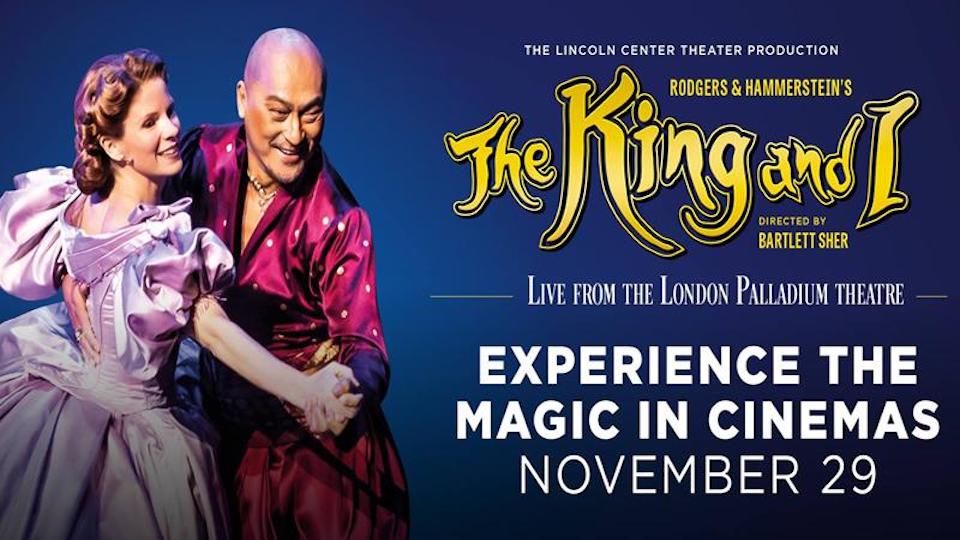 The multiple Tony award-winning production of Rodgers and Hammerstein’s The King and I: From The Palladium will be screened in UK and worldwide cinemas for one night only on 29th November (plus an additional US date on 4th December).

Set in 1860s Bangkok, the musical tells the story of the unconventional and tempestuous relationship that develops between the King of Siam and Anna, a British schoolteacher whom the modernist King, in an imperialistic world, brings to Siam to teach his many wives and children.

Directed by Tony Award-winner Bartlett Sher, it first opened on Broadway in 2015 for a critically acclaimed 16 month run at The Lincoln Center Theater, this was followed by an unprecedented record-breaking sold out USA tour.


Advertisement. Scroll to continue reading.
In this article:Kelli O’Hara, Ken Watanabe, London Palladium, Rodgers and Hammerstein, Ruthie Ann Miles, The King and I