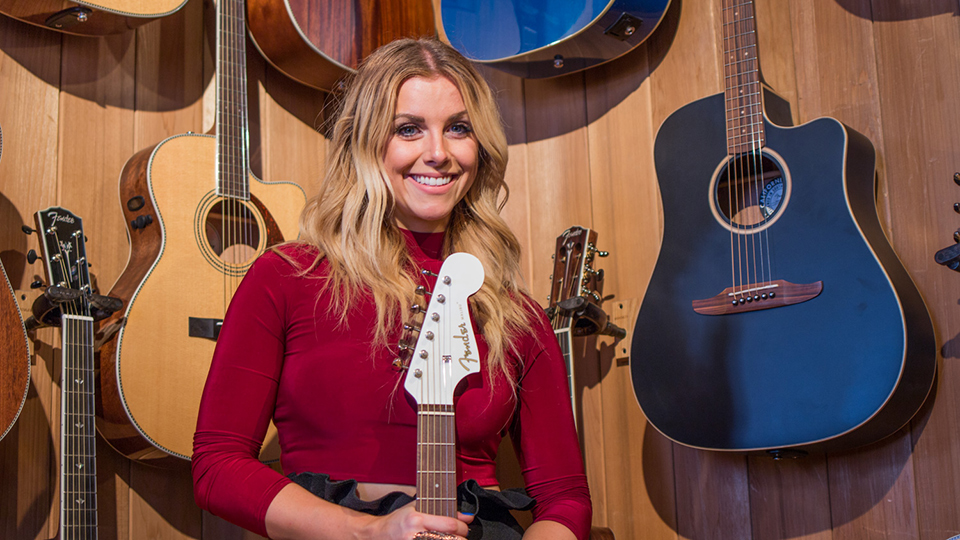 On Friday we brought you the first of two exclusive live performances we filmed with Canadian singer-songwriter Lindsay Ell at the Fender Showroom in London.

Sporting an electric guitar, Ell blew us away with her powerful performance of new single Champagne and judging by the reaction on social media, you guys loved it too. Today we’re bringing you the second live performance and this time it’s an acoustic one.

Ell performed her hit single Criminal, her biggest hit to date, changing up the arrangement to work on an acoustic guitar. She’ll blow your mind as she shreds the guitar throughout the song and her powerful vocals shine through.

Both of the performances were filmed ahead of Ell’s sold-out show at Borderline in London last Tuesday. It was a triumphant return to the venue almost a year after she first performed a headline show there.

Ell has promised to come back to the UK very soon and we can’t wait for her to tour again. She’s also in the midst of writing and recording a new album so we’ll be bringing you the details of that as soon as we can.

Criminal is taken from Ell’s current album The Project, which is out now via BMG in the UK.