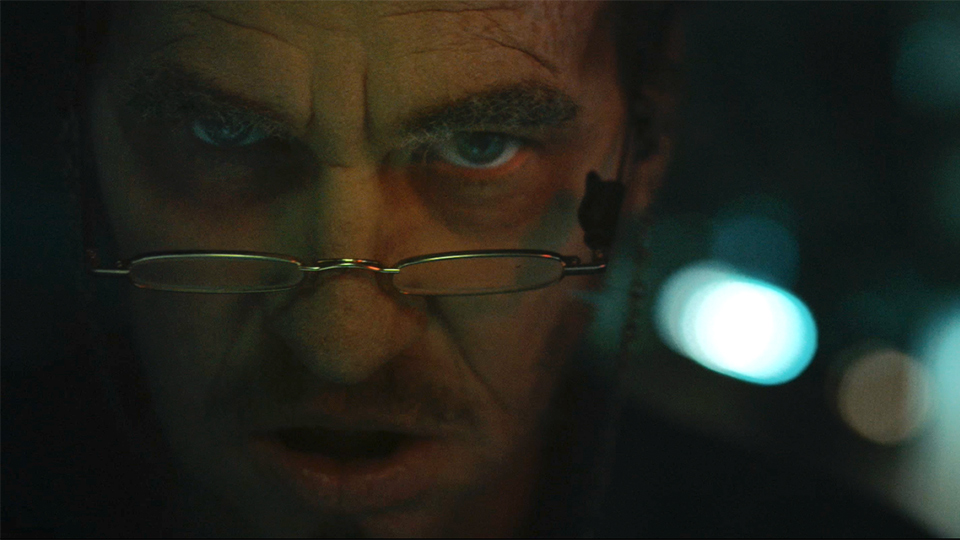 Phil Lodge (Patrick John Flueger) and his daughters Rose (Mattea Conforti) and Violet (Taylor Richardson) move into a high-rise apartment building when Phil gets a job as a superintendent. Working alongside the amiable Julio (Yul Vazquez) and the creepy Walter (Val Kilmer), Phil starts to suspect there’s something going on when people start mysteriously missing. Could it be one of his colleagues or is there something more sinister taking place?

The Super is billed as a Val Kilmer film but in truth he’s not in it all that much. The majority of the film is actually carried by Chicago P.D. star Patrick John Flueger, whose character Phil is thrown into the middle of the creepy goings on in the apartment building. The Super opens strong with a sequence that quickly serves up jump scares and gore. That serves to draw you into the story and it’s quite an exhilarating start.

Writer John J. McLaughlin has tried to do something clever with The Super and a lot of it works. You will be guessing who is behind the disappearances but good luck figuring it out before the big reveal. For me, the film used a trick I’ve seen too many times before and it never feels all that believable to me. There are red herrings left, right and centre, and you can spot some of them a mile off, which ultimately lessens the effect the film is trying to achieve.

Patrick John Flueger as Phil makes for a decent lead actor and he is ably supported by Mattea Conforti and Taylor Richardson as his daughters Rose and Violet. Louise Krause is desperately underwritten as Beverly, a woman living in the apartment building who is also a love interest for Phil. Val Kilmer has fun with his oddball role but as is his tendency, he’s a little over the top at times opting to chew the scenery rather than rein it in a little.

The Super is the kind of film you can watch when you want to turn your brain off. It’s well made but it’s not offering much you won’t have already seen from the horror genre. The story may go a little off the rails and the ending is bit ‘meh’ but the run-up to that point is very entertaining. The Super could have been a lot better if it had carried on in the vein in which it opens but it quickly becomes too formulaic before trying to throw you off balance with a twist that you’ll either love or groan at.