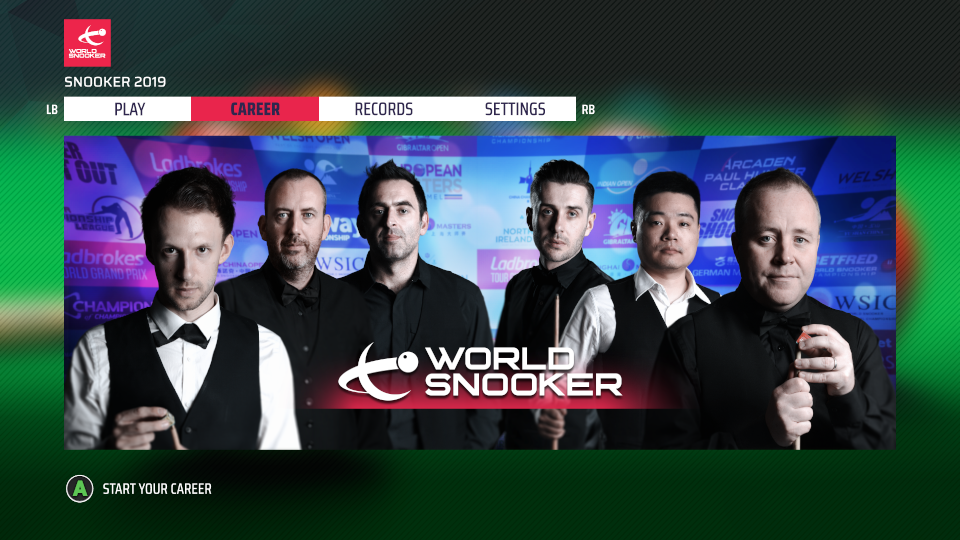 Today, October 17th, Ripstone games have announced that they will be teaming up with developer Lab42 and World Snooker to release ‘Snooker 19’ on PC, PS4, Xbox One and Nintendo Switch. It will be officially licenced and will be available to buy sometime in 2019.

Snooker 19 will feature 128 of the top players including Mark Selby, Ronnie O’Sullivan and Ding Junhui and iconic World Snooker venues including the Crucible and Alexandra Palace as well as other venues worldwide. You will be able to take part in all of the official major tournaments climaxing with the World Championships.

Former world champ Shaun Murphy had this to say

“To be able to pick up and controller and play in the tournaments that make or break careers against anyone in the world, will be an incredible experience,”

“I can’t wait for the chance to try the game out, I’m sure it will make for a truly immersive experience.”

Snooker 19 aims to give players the most realistic and best-looking snooker game ever and will include multiplayer modes, a single player campaign and will be portrayed in a TV style presentation.

You can view the official page for more information