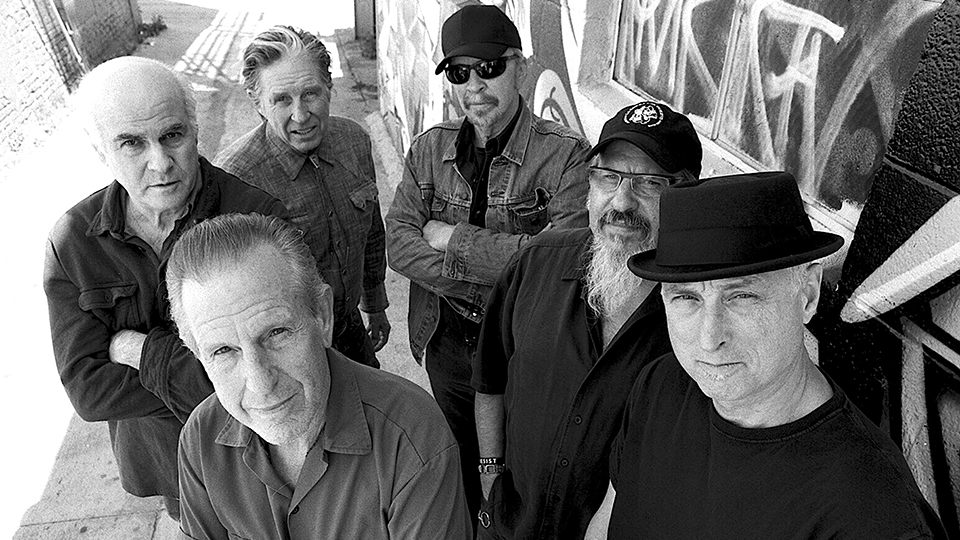 Los Angeles punk rock band The Flesh Eaters are set to release new album I Used to Be Pretty on 18th January 2018.

Available for pre-order now from https://lnk.to/flesheaters, the collection will be released on Yep Roc Records. The first single is a cover of the 1960s Sonic classic Cinderella.

I Used to Be Pretty sees the band’s 1981 line-up come back together. founding vocalist and songwriter Chris Desjardins – better known as Chris D. – is backed by the legendary “all-star” edition of the band, originally heard on the 1981 set A Minute to Pray, A Second to Die: Dave Alvin (guitar) and Bill Bateman (drums) of the Blasters; John Doe (bass) and D.J. Bonebrake (marimba and percussion) of X; and Steve Berlin (saxophones) of the Plugz (and later the Blasters and Los Lobos).

The album was produced by the band. On five of the album’s 11 tracks, the band is joined by Julie Christensen, Desjardins’ vocal partner in both The Flesh Eaters’ successor band Divine Horsemen and latter-day editions of the original group.

“The album certainly is a summation,” Desjardins says. “It incorporates some older material that this lineup never played on.”

“A few weeks after we completed the album, I was saying to the guys that what was so special is that we were no longer just the sum of our parts — we were more than the sum of our parts. We were like a single, symbiotic organism, and we each unconsciously, intuitively knew what the rest of the band was going to play split seconds before we played it. Sometimes I’ll listen to one of the songs now, and it really raises the hair on the back of my neck.”

The Flesh Eaters emerged from the original Hollywood punk club the Masque in 1977. Their last album was 2004’s Miss Muerte.

Advertisement. Scroll to continue reading.
In this article:The Flesh Eaters