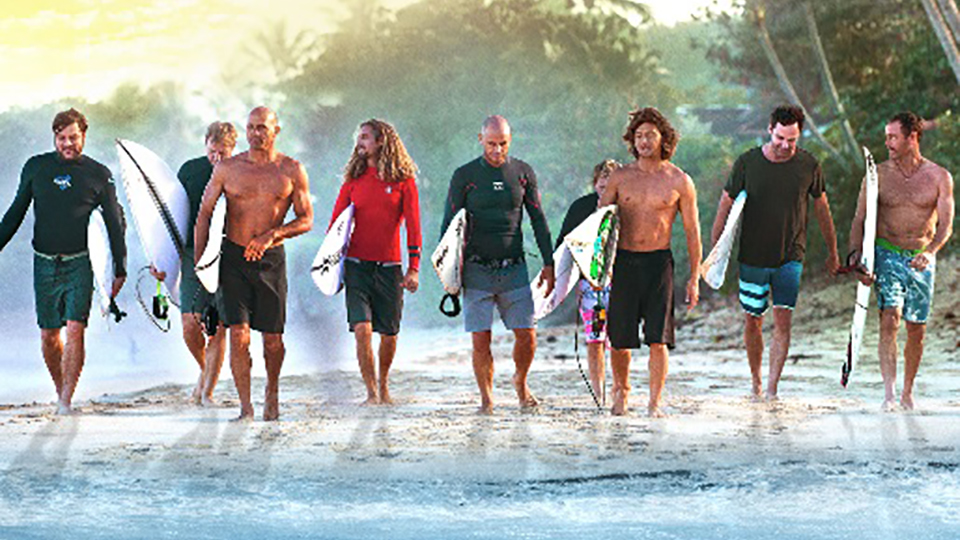 Momentum Generation, released on 5th November 2018, has released its trailer.

Written and directed by award-winning filmmakers Jeff and Michael Zimbalist (The Two Escobars, Favela Rising), Momentum Generation is from executive producer Robert Redford. The film shows the deep friendships that were formed and tested in surfing’s most legendary crew throughout their careers as top athletes and cultural icons.

Fuelled by camaraderie – but even more so by a deep-seated competitiveness – this tight-knit crew became known as the Momentum Generation after being featured in Taylor Steele’s groundbreaking films (The Drifter, Castles In the Sky). They went on to win world titles, break records, and redefine the world’s perception of the surfer, youth culture, and what it means to be free.

As told through their own voices, captured over the course of multiple years of production and with full access to the crew’s private video archive, the Momentum Generation surfers reflect on the complexity of the brotherhood and competition that shaped their shared emotional journey and made these pioneers both heroic and human.

Momentum Generation will be available to download digitally from 5th November 2018.

Advertisement. Scroll to continue reading.
In this article:Momentum Generation