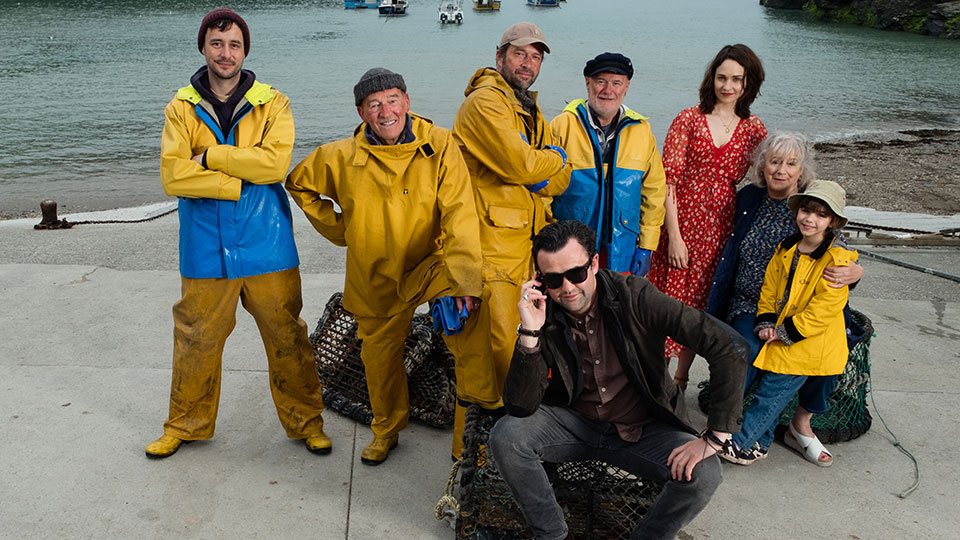 Telling the true story of a group of Cornish fishermen who were signed by the legendary Island Records and went on to score a UK top ten album, Fisherman’s Friends is produced by James Spring for Fred Films, and Nick Moorcroft and Meg Leonard for Powder Keg Pictures.

The film features an all-star cast including Daniel Mays, James Purefoy, Tuppence Middleton, David Hayman, Dave Johns, and Noel Clarke. It was shot on location in Cornwall and comes from director Chris Foggin (Kids in Love) with a screenplay by Nick Moorcroft (Finding Your Feet), Meg Leonard (Finding Your Feet) and Piers Ashworth (St. Trinians).

A fast-living, cynical London music executive (Danny Mays) heads to a remote Cornish village on a stag weekend where he’s pranked by his boss (Noel Clarke) into trying to sign a group of shanty singing fishermen (led by James Purefoy). He becomes the ultimate ‘fish out of water’ as he struggles to gain the respect or enthusiasm of the unlikely boy band and their families (including Tuppence Middleton) who value friendship and community over fame and fortune. As he’s drawn deeper into the traditional way of life he’s forced to re-evaluate his own integrity and ultimately question what success really means.

Bound together by lifelong friendship and shared experience, for more than 25 years the Fisherman’s Friends have met on the harbour in their native Port Isaac, to raise money for charity by singing traditional songs of the sea (Sea Shanties) handed down to them by their forefathers.

Fisherman’s Friends’ 2010 album Port Isaac’s Fisherman’s Friends was certified Gold and they were the first traditional folk act to land a UK top ten album. They sang at the Queen’s Diamond Jubilee celebrations and released an additional two hit albums.

They also performed at Glastonbury Festival in 2011 and were honoured with the Good Tradition Award at the prestigious BBC Radio 2 Folk Awards.

Advertisement. Scroll to continue reading.
In this article:Fisherman's Friends