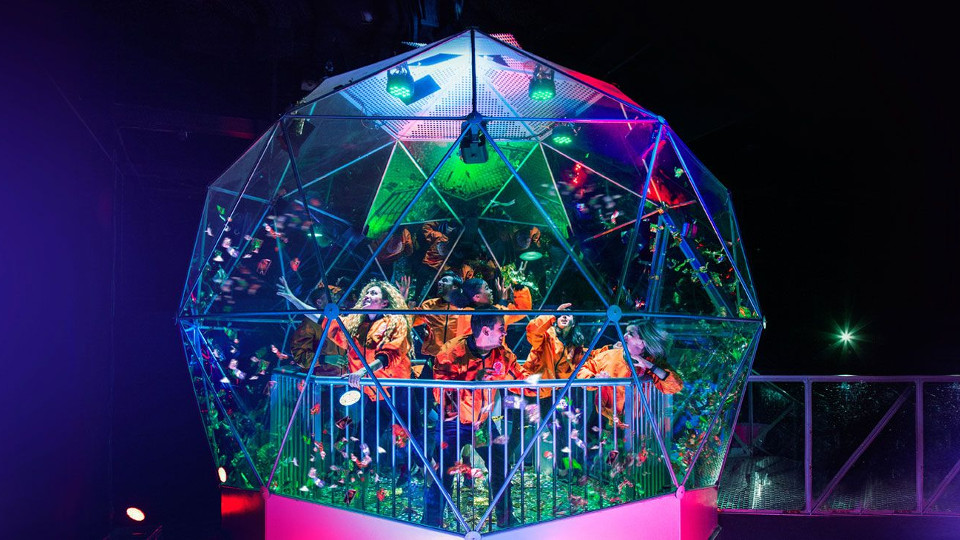 The Crystal Maze Live Experience has announced that in Spring 2019 it will be launching the largest maze yet in the West End. To spread the word they called upon the talents of comedian and writer, Dom Joly.

Joly, best known for creating and starring in the iconic hidden camera show, Trigger Happy TV, has been up to old tricks, catching the public off guard. With the Crystal Maze Live Experience moving, they are having a clear out and tasked Dom with off-loading a number of time crystals around London. To get the word out, Dom adopted several characters and let everyone know… with mixed results. See how he got on in the video below:

The Aztec, Industrial, Future and Medieval zones have proved popular with not just the UK public but also tourists looking to enjoy a piece of authentic British eccentricity. More than 300,000 visitors to the maze have been public figures from the likes of Cara Delevingne, Skepta and the England Rugby team to Liam Gallagher, Jonathan Ross and Rio Ferdinand. Approximately 225,000 Crystals have been claimed to date and roughly 75,000 people have found themselves locked in.

Since its original launch, with a sold out run of eight months, the experience has outgrown its North London setting. The new site at the London Trocadero on Shaftesbury Avenue will cater for the unprecedented demand experienced by the Islington venue since 2016 with 32 all-new games, a new Maze Bar and, for the first time, all day opening hours and on-the-day ticket purchases. The Maze will also open up to a younger audience by offering games for 13 years old and up.

Though the Maze is relocating the current games will not be going with them as all of the challenges in Shaftesbury Avenue will be brand new. Meaning this is the last opportunity for fans to enjoy all the original games in one place.

With interest in the experience expected to be high, those looking to be one of the first at the Shaftesbury Avenue venue will need to be quick. The new maze can be found at 22-23 Shaftesbury Ave, London W1D 7EJ with early booker prices starting at £49.99 per person.

For more information and to book the new West End location as well as the last chance to visit the Islington venue, visit the official Crystal Maze website.