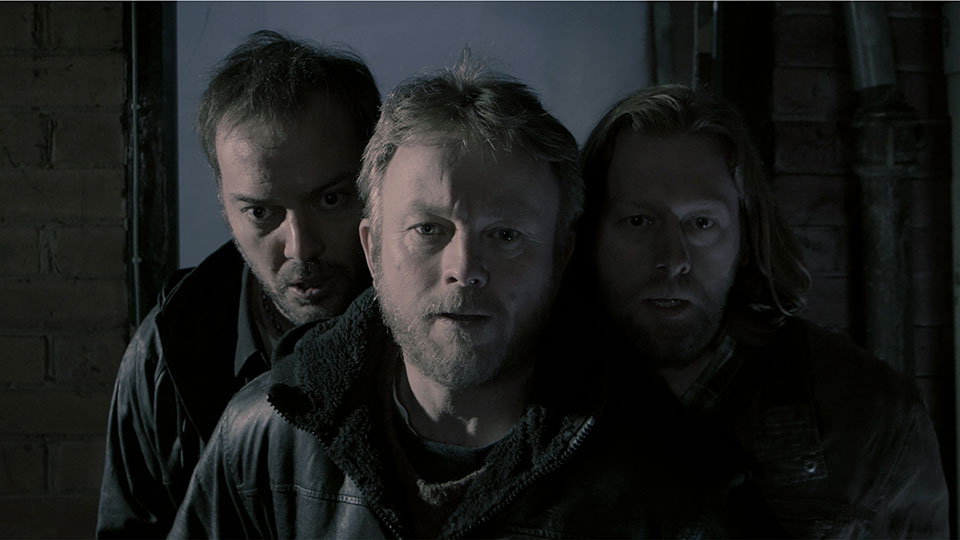 Pablo Raybould’s hilarious horror comedy The Snarling is coming to DVD and Digital on 5th November 2018.

When a new zombie horror film is being made in their village, locals Les, Mike and Bob see their chance to cash in and get famous. But it soon turns out the film is cursed… as the mutilated bodies begin to pile up. The local Detective Inspector and his hapless sergeant Haskins soon trace the killings back to the film set, and the race is on to stop the bloodshed before our local heroes get caught up in the real gore and guts.

The film is written and directed by Pablo Raybould. Take a look at the artwork for the release below:

You can pre-order The Snarling on DVD

Take a look at some stills from The Snarling below:

In this article:The Snarling