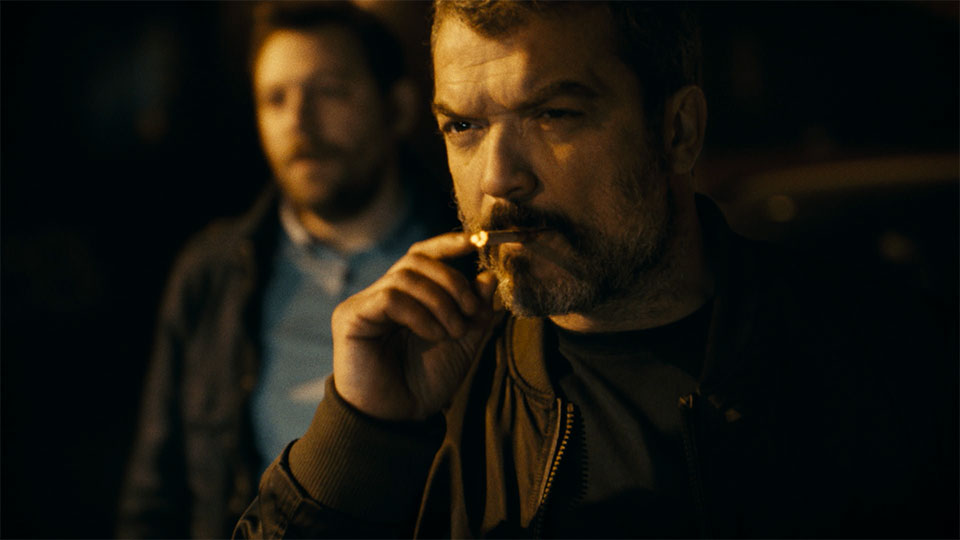 Dragomir Mrsic is a fascinating man. Not your average run-of-the-mill actor, he’s trained superstars and athletes like Martina Navratilova and Swedish ice hockey player, Douglas Murray, had his own likeness used on a video game, spent a spell in jail, and starred alongside Hollywood royalty. Not many people can claim such a varied life!

I had the change to chat with Dragomir (nicknamed Gago) on the phone from his home city of Gothenburg in Sweden where he was shooting season 2 of the exciting Walter Presents crime drama, Alex. He’s very approachable and talkative – happy to give his opinions and chat about a range of subjects from old TV shows to politics. But he’s clearly focussed, too. He’s a man who’s not had things delivered on a silver spoon – he’s had a tougher up-bringing than most and he’s had to work hard to get to where he is today. And that intensity is obvious, too.

I kick off by asking about Alex. “We’re shooting season two now, and it’s great. We’ve developed the characters more – things have moved on, situations change, people change – we couldn’t just repeat what we did in season one – that would be boring. And we’ve got the go-ahead for a third season, too, which is great news.”

If you’ve not seen it, Alex is about a rogue cop in Sweden. He’s in the clutches of mobsters and is trying – for the sake of his family and his own sanity – to escape from grip they have over him. But, following the accidental shooting on his partner, that’s proving to be a tough ask. Dragomir performs superbly in the title role – but he also co-created the show.

“Yes, I wrote it – it was my idea initially – but I’ve worked with Mikael Cross on it. Mikael is an experienced TV producer (he produced the critically acclaimed The Salazar Brothers, about the hip-hop music producers), so having his work with me was great. We’re a good team and work well together.”

I asked if starring in the show and being the creator was tough – did he ever find himself torn between the two jobs?

“It was okay – you separate the two. They’re very different jobs and you learn to approach the roles differently. But I’m enjoying the experience – it’s nice to be able to do both.”

I asked Dragomir how it felt to know that his show was being shown in the UK and elsewhere.

“Humbling,” he said. “I love British television. So many great shows have come from the UK over the years. I grew up watching it and I still enjoy it today, so it’s fantastic to know that our show has a UK audience now. We’re very excited that so many people will have a chance to see our little show!”
Dragomir came to acting late in his career, having been trained in Taekwondo since he was a child, and becoming the Nordic champion at the age of 18.

Shortly after that came the spell in jail for his involvement in a bank robbery. But he turned his life around, and after his release he devoted his time to health and sports, enrolling into a sports college, starting his own gym – and eventually becoming a trainer for the Swedish Olympics Committee in 2000. It’s only really in the last 10 years or so that the acting roles have come through, including playing alongside Tom Cruise in Edge Of Tomorrow. I asked him if the gym is still a going concern.

“No, I don’t do that anymore. I still train, of course – but only for my own personal well-being and health. Movies and television takes up all my time now.”

We touched briefly on the political situation in Sweden – on the day of our chat, the Swedish public were voting in their general election, with the right-wing Swedish Democrats expected to gain large numbers of votes. As someone born in Bosnia and Herzegovina, how does he feel about his adopted country’s shift to the right?

“Sweden is a very tolerant country; a fair country. There are good people everywhere – whether they’re rich, poor, immigrants or Swedes. It’s a sad situation (that an anti-immigation party is doing so well), but Swedish people will make the right choice.”

Coming up next for Dragomir are two films – both of which he’s excited about. ? (Question Mark) is an odd title, but it sounds intriguing; a murder mystery set in remote Swedish mountains. And Never Outshine The Master is about two friends involved in extortion in Malaga in Spain.

He’s a busy man. And with Alex doing so well – and season three confirmed – he’s likely to continue to be so for some time. He’s actually a great role model for people who’ve not had the easiest of lives. He is proof of the fact that you can turn your life around and make a successful (in his case, very successful) career, if you put your mind to it.

I suggest you give Alex a go. It’s dark, moody and hugely addictive.

Alex will air on Channel 4 at 11pm launching on Wednesday 26th September 2018. The full series will also launch simultaneously on All 4.