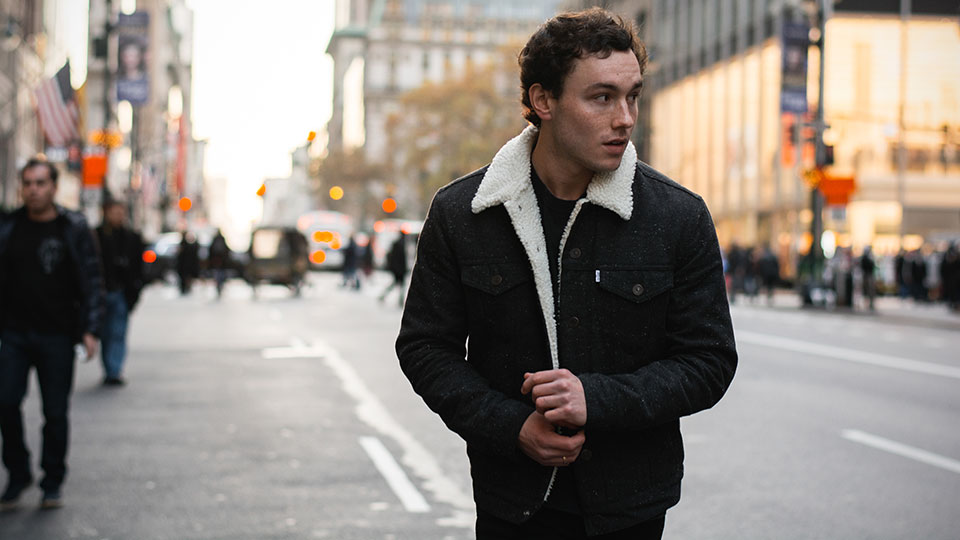 US actor Daniel Pinder was born in New York but raised in the small town of Fargo in North Dakota.

Originally planning a career in the food industry, Pinder switched to acting and following a big break on Chicago P.D. he’s never looked back. With several projects in the pipeline, the rising star is on the verge of a breakthrough.

I caught up with Daniel to talk about his decision to change his career path, discuss his role on Chicago P.D. and to find out more about the projects he’s got coming up.

Hi Daniel. How are you and where are you speaking to us from?

I’m doing awesome! How are you? We are here in sunny California!

You’re steadily building up your list of acting credits and got your break in an episode of Chicago P.D. What was that experience like for you?

Working on Chicago P. D. really set off my career and gave me the taste I needed to know that acting was the path for me. I only had a couple acting lessons before I landed my role of Michael on the show, but I truly believe that working on set and with actor’s like Patrick John Flueger, Marina Squerciati and Jason Beghe is the best acting lessons you can get. I’m super lucky to have been a part of show of that magnitude early on.

Before embarking on a career in acting, you were attending Culinary School. Why did you decide to change your career path?

I think it just wasn’t my path. I always loved cooking and still love cooking but while going to school I just knew I wanted to do more. I wanted to get out, see the world and when I realised that I’d be in a kitchen all day I had to change my path immediately. I ended my studies the next day and landed my role on Chicago P.D. one month later.

You’re starring alongside Charmed legend Brian Krause in the Garrison 7 film series. How did you get involved with those?

Brian is a legend and I’m super stoked be working alongside him in G7. But, yeah! I’m really proud of landing my role of Kai in G7. I did about two self-tape auditions while living in North Dakota. I didn’t hear back for a couple months until I was living in California. Scott Brewer who created the film was in Los Angeles on meetings for the film from Australia and offered me the role of Kai!

Your skateboarding skills were captured on film in We Are Your Friends. You’ve got a couple of other skating films. What can you tell us about those?

I’m attached to Skate God alongside some amazing talent like Evan Ross from The Hunger Games and Peter Fonda. Skate God has been a really long process in the making but to make a film of that size takes time so I believe in the process! It’s really great to see more films bring Skateboarding into them. It’s been a long time coming but something that has been needed.

What else do you have coming up over the next few months?

Along with prepping for my role of Kai in Garrison 7: The Fallen, I’m attached to a horror film called Sarah Alongside Oscar nominated actress Virginia Madsen and I’m also starring and producing a thriller Series called hEAR. I’m not allowed to mention much on that film yet, but we are in talks with some major studios so I’m very excited to share news on that very soon.

You’ve managed to harness the power of social media to get your name out there and connect with fans. What do you love about social media and how important is it in terms of building your profile?

It’s really great to share what I have coming up and all news on my movies and life in general with my followers! I love being able to connect with people all over the world and I’m very fortunate to have the fan base that I have. I believe that it can be important on some aspects like getting more eyes on your upcoming projects and getting news out there, but I would be lying if I said I miss the days when it was only the newspaper and late night interviews where you can connect with your biggest idols!

Which actors have inspired you and why?

Tom Hardy has been one of my biggest influences in my career for sure. He never gave into the Hollywood lifestyle of conforming to fit in to make it and that what I love about him. He just stayed true to himself and didn’t try to fit in and I’m really big on that.

What’s the one film or TV that you wish you could have had a starring role in and why?

That’s a tough one! But if I had to choose It would have to be Home Alone as different as that may sound. To be a part of history on a film like that and to have been able to work with John Hughes would have been incredible. I’m also a big Christmas and Macaulay Culkin fan.

What advice would you give to people reading this who may be considering pursuing a career in acting?

Go for it and stay true to yourself! It’s a big crazy game, so stay unique and don’t listen to anyone who doubts you. There are going to be people who say you have to do this, you have to look like this, don’t get tattoos, cut your hair this way and blah blah blah. Don’t listen to them. Do what you love and what makes you unique and I promise that you will succeed.

Find out more about Daniel by following him on Instagram at https://www.instagram.com/danieljpinder/.