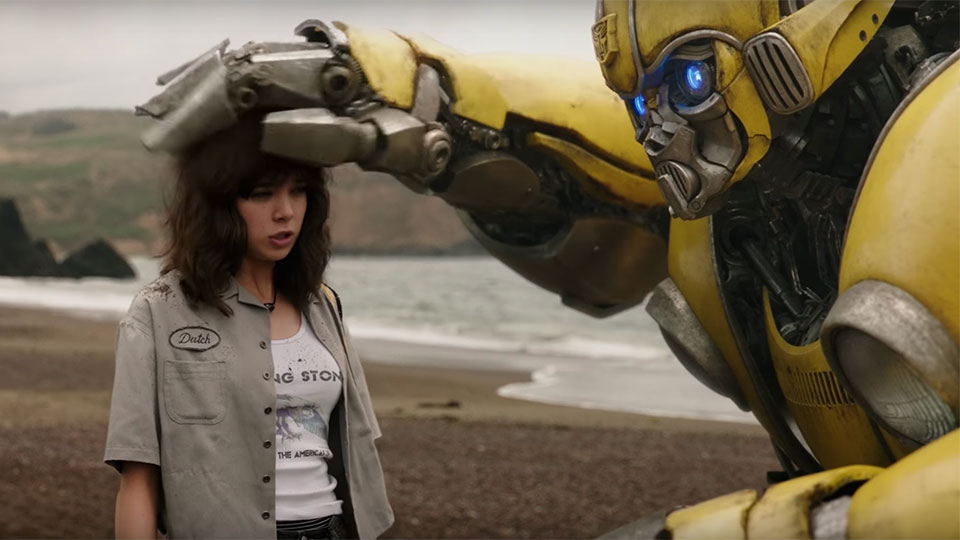 The official trailer for Bumblebee has landed this morning and it gives fans their best look at the film yet.

The trailer opens with Charlie Watson (Hailee Steinfeld) discovering Bumblebee at a junk yard and asking if it’s for sale. She’s bought the car as a gift and while working on it, it comes to life.

Filled with action sequences and spectacular special effects, Bumblee promises that the world is on the verge of an all-out war. Bumblebee is told by Optimus Prime that he must save Earth and protect it.

You can also get a glimpse at John Cena as Agent Burns and Love, Simon’s Jorge Lendeborg Jr. as Memo.

Bumblebee is the latest film in the Transformers franchise and it’s directed by Travis Knight. The screenplay was written by Christina Hodson and the film also features the voices of Angela Bassett, Justin Theroux and Peter Cullen.

Bumblebee is due to arrive in cinemas this December and it’s sure to pull in the crowds over the Christmas period.