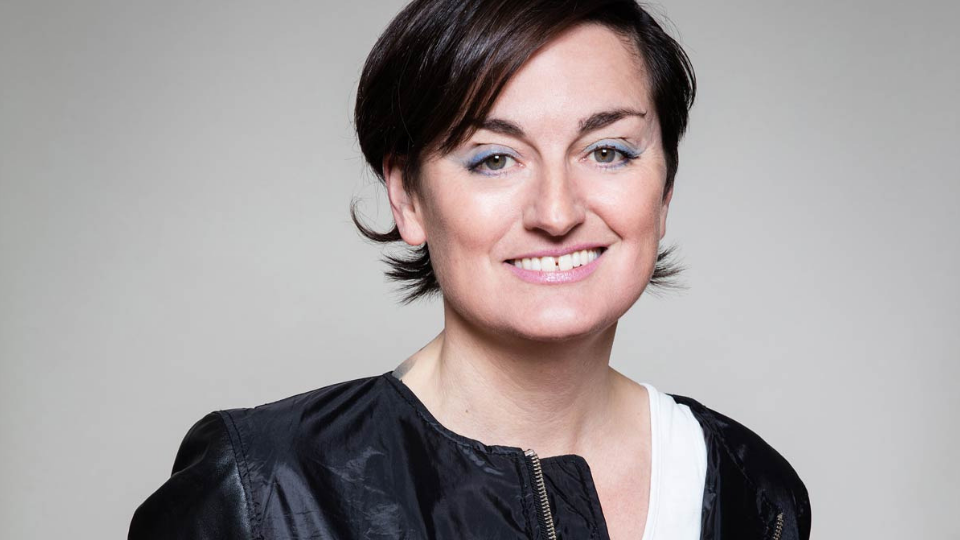 This week comedian Zoe Lyons will take part in the semi-finals of BBC One’s Celebrity Masterchef 2018, proving she can stand the heat in the kitchen.

Her last heat saw her beat Monty Panesar and Gemma Collins, cooking up a storm to earn her place in the upcoming semi-finals with Paralympian Stef Reid.

With the winner’s result well under wraps as the show finished filming in April of this year, I caught up with Zoe to find out about her experiences of the show and if her comedy and culinary skills might combine in light of her upcoming tour…

Speaking on how she enjoyed taking part in the tough cooking contest, Zoe said: “It feels like such a long time ago now, but I really enjoyed being part of the show.”

Before signing up, Zoe enjoyed food but considered herself ‘a bit of a one pot wonder’ however she has always cooked.

“The show’s really been quite good at getting me out of my comfort zone. Once you do a show like that, you don’t go back.”

She feels her confidence and cooking ability have improved and said “I look at a recipe now and I think yes, I can do that!”

Creativity in the kitchen is something that Zoe feels is an extension of her personality and not without its risks, “I don’t always follow recipes to the letter, I like to add my own twist, which can go well or really badly.”

She adds: “The way I cook is a bit like my personality. If the recipe says half a teaspoon of chilli is good in it, then I’ll think ‘right, then three tablespoons will taste even better!’ There’s no delicacy or light touch with my cooking.”

In the last heat Zoe impressed the panel of previous champions actress Lisa Faulkner and former Pussycat Dolls star Kimberly Wyatt, as well as TV presenter Rylan Clark-Neal, a finalist in 2015 and judges John Torode and Gregg Wallace with her Goan coconut and pumpkin curry with rice and homemade naan bread followed by an orange chocolate cake and custard.

However before that she faced team challenges, partnering with Monty Panesar and Gemma Collins. First up, she worked with Monty to produce identical dishes despite being separated by a screen, taking on the lead in the task.

“I loved that day, it was so funny. I became aware I was going to be the reluctant leader when Monty looked at the chicken and asked ‘which bit is the breast?’ and I thought oh God, I’m the leader aren’t I? Then he asked me ‘where are the breadcrumbs?’ and I replied ‘on the bread’.

Gemma Collins appeared extremely laid back during the challenging lunchtime service for the British Airways training academy, something that didn’t go unnoticed by Zoe, “It’s so hard working in a kitchen, the work is never done. However Gemma was saying ‘It’s all done mate, I’ve finished babes’ to the bemused chef and if I asked her to do something else, her face said she wasn’t happy.”

Since filming the series, Zoe has just kicked off her comedy touring show Entry Level Human following a successful Edinburgh Fringe run and this is now the focus until December.

She says: “The show is a celebration of human stupidity, my own included. It looks at how we as humans build invisible bridges between people and things. I talk about our own lack of ability to take a look at ourselves.”

“The show fires off in different directions and covers all sorts of stuff. We’re very happy to shout abuse at others but not so willing to question our own beliefs. It deals with Brexit, and I seem to have come up with a way of describing it that gets everyone on board.”

“The show has changed since Edinburgh because you do the show every night, words fall into place during the run and start to feel more comfortable.”

I ask Zoe if there would be a way she could make room for both her culinary and comedy skills in future? “I’d love to park up on an A road with a burger van. You just can’t go wrong with a burger van. I’d make sure I have something for the vegetarians too. I might even take one on tour with me and serve up after the show.”

The Celebrity MasterChef semi-finals take place on Thursday 20th and Friday 21st September on BBC One.

In this article:BBC One, Celebrity MasterChef, Comedy, Zoe Lyons