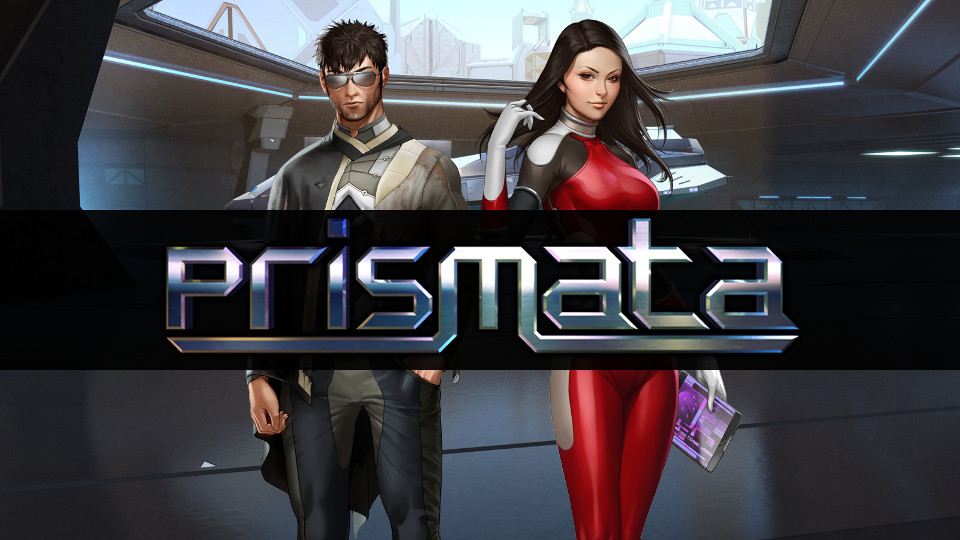 Prismata has to be one of the most difficult games I have ever reviewed, not because it is a bad game, simply because trying to convey what it is like to play is so difficult to put into words. Picture a cross between the Terminator franchise and Yu-Gi-Oh, throw in a healthy dose of RTS gameplay and you’ll have a rough idea of what the game is all about.

So, the setting. Prismata is set in a dystopian future where robots lurk in every corner, robots of uncertain allegiance, and where war is no longer fought on the battlefield by armies of men but instead by drones and genetically modified creatures controlled by Swarmwielders (the player). The combat does not take the form of a normal Command and Conquer-esque battlezone, instead opting for a card based approach. The twist here is that far from building up your own deck to compete with another, this time both players share the same deck, the same cards area available to each player.

This means that there is a genuine element of tactics to the way in which battle is fought. This is less like a normal trading card game and more like a game of chess; you both have the same tools, it is how you choose to play them and react to your opponent that will determine whether you win or lose. Both players have access to the same units and the same starting point, you then play your cards in such a way as to gain a competitive advantage over your opponent, choosing from one of the standard 11 choices at the beginning. In addition to this you have to keep track of your resources as these will determine how you can act and when, you need to begin producing and stockpiling Gold, Replicase, Behemium, Gaussite and Energy as soon as possible otherwise you’ll just be a sitting duck. As you can see, the scope of the game is already mind-boggling!

Watch the Prismata launch trailer below:

There is also no hiding your moves from your opponent, they can see all the moves you make, as you can see theirs. This means that the real-time strategy aspect of the game is significantly heightened. There is no option to play cards ‘face down’ or otherwise, the battle takes place in full view of each player. I was immediately transported back to my days playing County Level Chess (yes I’ve always been a bit of a dweeb), one wrong move from me, or one unexpected move from the opponent, and the strategy has to change quickly and efficiently. This is only complimented by the timer bar which shrinks throughout your turn. In the first instance I thought this was taking too long and yet, as I progressed and the game became more and more challenging I found myself panicking as my strategies had to change due to more and more complex AI moves. As far as card games go, this one is thoroughly exhilarating.

Ok, so that’s the general gameplay, but how does Prismata do when it comes to story? The game comes with a Campaign mode comprising five sections with increasing difficulty. Though the first section is basically a tutorial the rest of the game continues apace. Although there is not too much by way of depth of storyline, you do feel suitably immersed in the game world primarily as a result of the increasing difficulty. It really does feel like you’re climbing through some sort of crime family until you reach the big boss at the end. The setting itself is actually enough story to enjoy the game and to feel part of this horrific new world.

The graphics are pretty standard fare for a card based strategy game, it’s colourful and the backgrounds are reasonable. Nothing special here at all. This is probably an irrelevant complaint but I would ultimately have liked to have seen as much effort go into the graphics as clearly went into the gameplay. Just a little extra something, something that showed your progress or something that made each battle seem a bit more…individual. Clearly, within a card based format there is limited scope for this kind of thing but I was put in mind of Civilisation Revolution for the Nintendo DS; here was a game that was a primarily top down pixelated world map, a digital game of Risk, you moved static pieces around a static board and yet, when there was a battle you were treated to a little animation on the bottom screen dramatizing the movement.

View some Prismata screenshots in our gallery:

This small touch made the game even more immersive and ultimately saved it from being a mediocre title. Something similar could have been employed here to take Prismata beyond ‘just another card game’. This addition of additional animations has also been utilised to great effect in the Yu-Gi-Oh! games which is perhaps the best comparison. For me this was lacking and did mean that after a while of playing the game I did become bored with the feel if not the tactical gameplay.

Overall, Prismata is an inventive take on the strategic card game genre. It is difficult to explain properly without glossing over key points of strategy and gameplay but it is certainly true to say that if you are someone who enjoys tactical games (card based or otherwise) this is certainly worth a look.

Prismata was reviewed using a digital code supplied by the publisher.