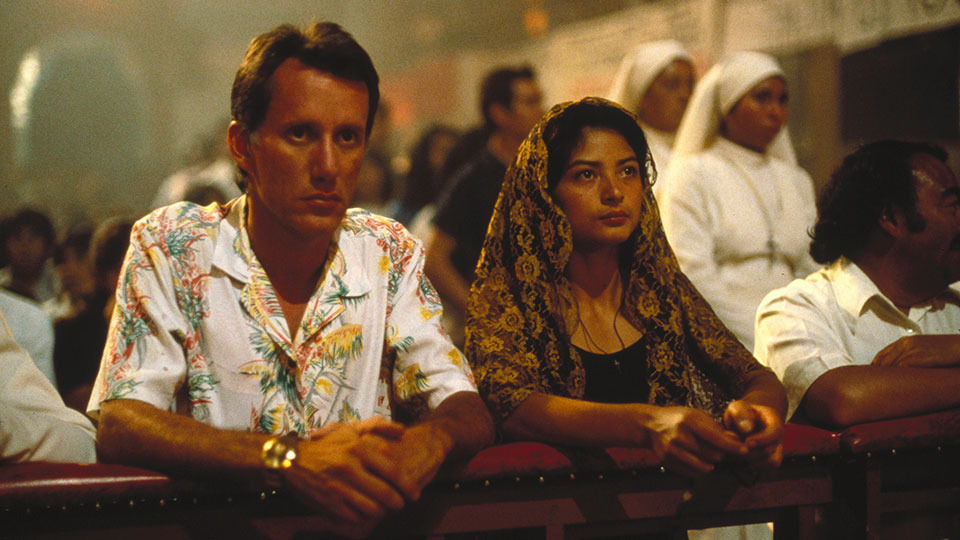 Eureka Entertainment to release Salvador, a powerful, vivid and uninhibited political drama from Oliver Stone, making its UK debut on Blu-ray as part of The Masters of Cinema Series in a special Dual Format (Blu-ray & DVD) edition on 17th September 2018.

A harrowing drama set during the Salvadoran Civil War, Salvador is a one of director Oliver Stone’s most underrated films, a thrilling and violent look at the chaos of war as seen through the lens of an amoral photojournalist.

In 1980, young men, women and children are being brutally killed in a bloody civil war in El Salvador. A horrific setting, but a perfect one for Richard Boyle (James Woods in an Oscar nominated role), a sleazy journalist whose career needs a jump start. Armed with his camera, Boyle joins the front lines in an attempt to capture atrocious-but-valuable images of pain and horror. But with each picture he takes, he catches a tragic side of humanity that ignites his long-buried compassion. And he unexpectedly discovers something that will change him forever: his soul.

Also starring Jim Belushi (Thief, Twin Peaks: The Return) and John Savage (The Deer Hunter, The Thin Red Line), Salvador is a searing critique of the United States’ role in the Central American crisis, and The Masters of Cinema Series is proud to present the film in its UK debut on Blu-ray in a special Dual Format edition.

Salavador, powerful and vivid political drama from Oliver Stone is released 17th September 2018 on Dual Format and can be purchased here https://amzn.to/2MoAyo1.

To celebrate the release of Salvador on Dual Format we’ve got 3 copies to give away. Enter below for a chance to win:

Advertisement. Scroll to continue reading.
In this article:Eureka Entertainment, Salvador