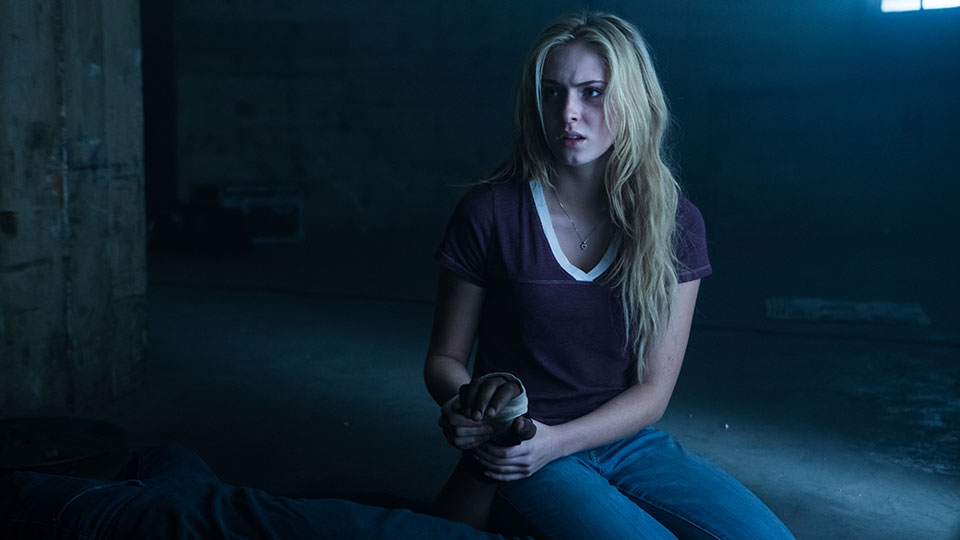 Alice (Saxon Sharbino) and her friends are shocked when their friend Nikki (Alexis G. Zail) dies in mysterious circumstances. As the group pulls together to mourn their loss, they are invited by the late Nikki to download an app to their phone. Thinking nothing of it, they all download the app but soon start to see their worst fears realised. As the app starts to take over their lives, the friends realise there was more to Nikki’s death than meets the eye and they find themselves fighting for their lives.

Aiming to both warn kids the dangers of technology addiction and create a horror icon for a new generation, Bedeviled liberally takes its inspiration from a host of classic films from the genre. Written and directed by Abel and Burlee Vang, the film has clear nods to The Ring and A Nightmare on Elm Street as it attempts to mix technology with a supernatural element. Unfortunately there isn’t a whole lot of rhyme or reason as to what’s going on and why.

The friends all download a mysterious app without even thinking about it and pay even less mind to the fact their dead friend has invited them to do it. The app initially appears to be a harmless assistant style creation that talks to you, answers questions and can carry out tasks for you. You’d have thought the creepy voice of Mr. Bedevil (Jordan Essoe) would be enough to put them off the app but they continue using it any way.

As Bedeviled progresses, the film gets more and more stupid. Each of the characters reveals their worst fears at one point or another and Mr. Bedevil starts to use those to torment them. This is where the film really takes a leap in logic as the scares move from technological to reality but there’s absolutely no attempt to explain how that’s possible. It turns the film into a series of cheap jump scares with little substance behind them.

The young cast are adequate at best. Saxon Sharbino is too bland to carry the weight of the film on her shoulders and the other actors give pretty forgettable turns. Even the scares don’t pack all that much of a punch and you’d be hard pressed to recall much, if anything, once the credits roll.

I’m pretty sure there’s a good premise in here somewhere but sadly Bedeviled is an underwhelming mess with an all-too common formula underneath it. Horror works best when it establishes the rules of its own universe and abides by them. Bedeviled doesn’t bother to put in the work, hoping that a tenuous storyline and formulaic scares will do the trick.