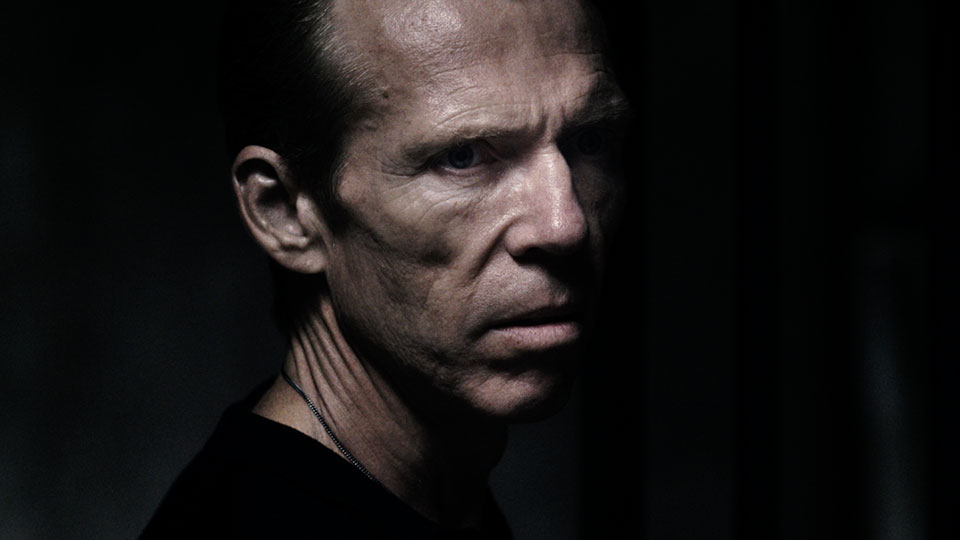 Following on from my interview with writer/director Kevin Chicken, I spoke with Perfect Skin’s lead actor Richard Brake.

A seasoned actor has starred on the small screen in such shows as Ray Donovan and Absentia, and on the big screen in Thor: The Dark World and Kingsman: The Secret Service. In Perfect Skin, which was shown at Arrow Video FrightFest 2018 in London, Brake stars as tattoo artist Bob who becomes obsessed with a young woman.

Find out what we thought of Perfect Skin by reading our full review.

I caught up with Richard to talk about his preparation for the role, find out what reaction the film has had, and to discuss working opposite co-star Natalia Kostrzewa.

Hi Richard. How are you today? Where does this Q&A find you?

Hi. I’m good, thanks. At the moment I’m working on a television series that shoots in Room. So I’ve spent the last few months flying back and forth from my home in London to work in Rome. It’s going to be an interesting new series with a very international cast but I can’t say much about it at the moment.

You are one of the leads in Kevin Chicken’s feature debut Perfect Skin. What drew you to the project?

As always, first and foremost, the script. It reminded me of an early Hitchcock film, a character-driven script. I loved the complexities of Bob, that he wasn’t portrayed as just some crazy psychopath. There is a much deeper and far sadder reason for Bob doing what he does. Then I met Kevin and I liked him immediately. I knew right away I could trust him. It’s very important to me that I can trust a director. In film so much of your performance is in the hands of the director. I knew Kevin felt the same about the film as I did, and I knew he had the skill and sensitivity to make a great movie. I was sold the minute I met him.

Your performance is really chilling. How did you prepare for the role and what inspiration did you draw on?

I spent a lot of time learning the art of Tattooing. Mo Coppoletta and the artists at The Family Business Tattoo in London were a huge help. I spent a few weeks following them around and learning all I could in such a short time. They were very kind and patient with the skinny actor hanging out in their very cool tattoo studio for days on end. I also spent a lot of time understanding and learning about body suspension. It’s an amazing thing. I would have liked to have tried it myself but I just didn’t have the time before filming, nor the guts probably. Ha-ha.

Otherwise I do the same thing for every character I approach. I spend a lot of time developing the past life and creating the mind of the character. I’m very comfortable exploring the darker parts of our psyche having played many characters that are a little unhinged, shall we say.

Natalia Kostrzewa is your co-star in the film. What was she like to play opposite and how did you build your chemistry?

She was fantastic. Her performance is so nuanced and so understated. And her dedication to the role was unreal. She was incredibly easy to work with and to work off of. She’s so present and so real. I knew from the moment we started rehearsing before the actual shoot that we would work together very well. You really are only as good as the people you’re working with and Kevin cast some great people in this, especially Nat. Working with her was a huge thrill for me.

What was the most challenging thing about this project for you?

Like every Indie film I’ve shot, time and money. We had to shoot very fast and there are times you would like to have more time to work a scene. However that can also be a blessing. I’ve learned that often these restrictions force you to make creative choices that are actually better than if you had all the time and money to do what you want.

Also, for me, this was one of my first films playing the lead. I realised early on that you have to take on and embrace a lot more responsibility. There is a lot of pressure and everyone is working so incredibly hard for little money. As the lead in the film I was determined to make sure I was always bringing something positive to all aspects of the shoot. I really wanted to always be a part of the solution and never a problem.

Perfect Skin is currently on the festival circuit. What’s the most surprising reaction you’ve had to the film so far?

I’m really pleased that people are feeling some sympathy and understanding for Bob. It’s probably not the most surprising, but it’s the most gratifying. I was hoping that people would to some extent identify with the pain and confusion he was going through, even if they couldn’t comprehend the acts of violence he commits. I really didn’t want this to be about a crazy man who tortures a poor girl. And I think Kevin has created a far more complex film. And I’m really happy audiences are getting that.

When you play a character that’s as disturbed as Bob, can it be hard to switch off after a gruelling day of shooting?

Hahaha. No. Otherwise I’d have some pretty screwed up children and no girlfriend that’s for sure. I remember when I was shooting Hannibal Rising. I’d spend the day eating a child and the evening putting my kids to bed. Crazy way to make a living.

You’ve appeared in a lot of films and TV shows over your career so far. Which would you say has been your favourite role to date and why?

Bob in Perfect Skin is definitely one of them. I loved the challenge of creating such a complex and somewhat sympathetic character that really should not be sympathetic. Also the production was such a labour of love for everyone involved. And I especially liked the relationship I had with Kevin. He’s a great filmmaker and I, like I said, knew I could trust him.

I absolutely love working with Rob Zombie, of course. I’ve done three films with him. I’m very proud of Doom Head in 31 and I’m very grateful to Rob for having the faith in me to play the role. I know he had to fight hard to let the money people agree to cast me. So I’m very pleased the character was so well received. I just finished filming 3 From Hell, his follow up to The Devil’s Rejects. Once again he has created another great character for me. Though I don’t think he had to fight the money people this time. Ha-ha.

It really depends on the mood I’m in. I can’t pick a favourite. I watch everything. I watched A Quiet Place on a plane last week. I love the gritty 70s horror films like Texas Chainsaw Massacre. Films like that and The Last House on the Left disturbed the hell out of me as a kid. I love Wes Craven.

But then I also watched a lot of Hitchcock as a kid and couldn’t sleep for weeks. I still love The Birds, still disturbs me. I remember staying up late one night when I was about fourteen watching Michael Powell’s Peeping Tom and being blown away by it. That film sprung to mind when I read the script of Perfect Skin. Slow building Psychological Horror. As soon as I met Kevin that was one of the first films he named as an influence for Perfect Skin, so I knew I was in good hands.

As I mentioned, I finished work on 3 From Hell earlier in the year. It should be out next year, and we are all very excited about it. There has been a long wait for this sequel, but it will be worth it! I shot a film called Feedback starring the wonderful actor Eddie Marsan. It’s also a psychological horror, directed by Pedro Alonso. I have a very fun cameo in a Nicholas Cage movie called Mandy coming out soon. I play a very high, half naked, acid-manufacturing chemist. It’s a crazy film that got amazing reviews at Sundance this year. I just finished work on Rhythm Section directed by Reed Moreno. She directed and produced Handmaids Tale. I have to say, I’m very lucky to continually work with so many talented people, some times in big roles, sometimes small, but always inspiring.

Watch the trailer for Perfect Skin below: