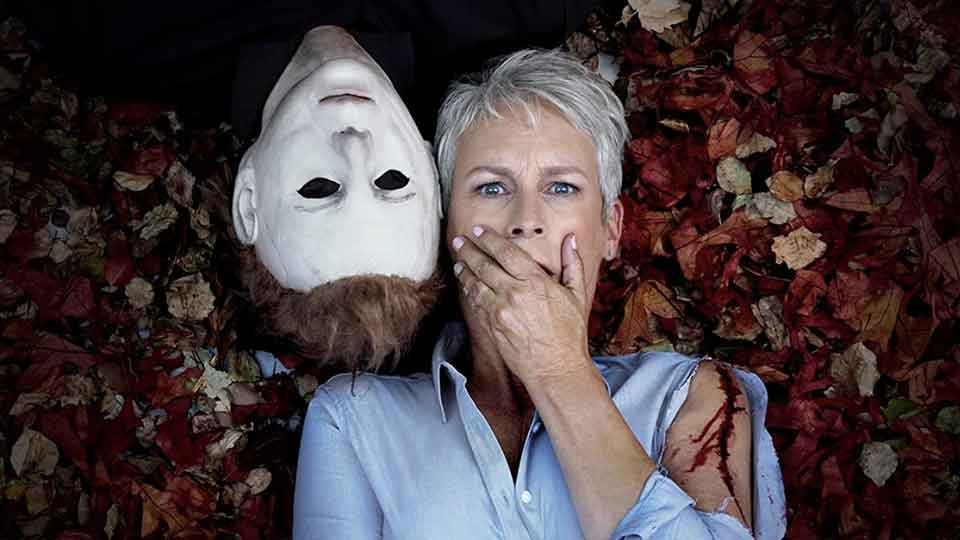 Since the release of the 2007 sequel to Rob Zombie’s remake of Halloween, the franchise has been in development hell.

Dimension Films attempted, and failed, to develop two movies and they lost the rights, which were picked up by Blumhouse Productions. With John Carpenter, the mastermind behind the original film, on board a new film was finally developed and it’s arriving this Halloween (of course!).

When will Halloween 2018 arrive in cinemas?

Halloween 2018 will arrive in cinemas in the US and the UK on Friday 19th October 2018. That gives you plenty of time to see the film leading up to Halloween on 31st October 2018.

Halloween 2018 will be a direct sequel to the original 1978 Halloween movie and it will ignore the events of all of the other films in the franchise. The official synopsis for the movie is:

Jamie Lee Curtis returns to her iconic role as Laurie Strode, who comes to her final confrontation with Michael Myers, the masked figure who has haunted her since she narrowly escaped his killing spree on Halloween night four decades ago.

Who is the director for Halloween 2018?

Who wrote the screenplay for Halloween 2018?

The screenplay for Halloween 2018 was written by Danny McBride and David Gordon Green.

Who is producing Halloween 2018?

Halloween 2018 will be executive produced by John Carpenter, Jamie Lee Curtis, David Gordon Green and Danny McBride and produced by Jason Blum, Malek Akkad (whose Trancas International Films has produced the Halloween series since its inception) and Bill Block.

Who wrote the score for Halloween 2018?

John Carpenter has been confirmed to provide the score for the new movie.

What do we know about the characters of Halloween 2018?

As you probably already know Jamie Lee Curtis will be back as Laurie Strode, despite dying in 2002’s Halloween: Resurrection. Judy Greer will play her daughter Karen Strode and Andi Matichak will play her grand-daughter Allyson.

When will the first trailer be available for Halloween 2018?

Jason Blum teased that the first trailer for Halloween 2018 would arrive in early June. The tweet came after footage of the movie was shown at Comic Con and fans who weren’t at the event started tweeting Blum for more information.

And while I’m twittering as opposed to “tweeting” I want to assure #Halloween fans that we hear you. We have read your comments. And I can assure you that early June will be a happy time for you or perhaps I should say for most of you. xx

It was confirmed on Wednesday 6th June 2018 on Halloween 2018’s official Facebook page that the trailer would debut on Friday 8th June 2018. A short teaser video was also posted, which you can see below:

On Thursday 7th June, the eve of the new trailer release, two more teaser videos were shared on Twitter. The first teaser appeared on the official Halloween Movie account and it looks like the new film will be paying plenty of nods to the 1978 original. There’s someone using a bed sheet as a ghost costume and a scene with a car driving through what looks like escaped mental patients.

The second teaser was posted by Jamie Lee Curtis and it shows her as Laurie Strode, getting in some target practice. It also suggests she’s lived in seclusion since the first movie, paranoid that Michael Myers will come back for her.

The full trailer arrived on Friday 8th June 2018. As expected, it teases an epic fight between Laurie and Michael Myers, who has escaped from a bus following a crash. Laurie is seen wielding a gun and hunting Michael down in the gripping trailer:

Where can you see the posters for Halloween 2018?

To date, the only poster that has been released is a teaser poster featuring Michael Myers’ mask. You can see that below:

Where can you see the first images from Halloween 2018?

There’s nothing official yet but Jamie Lee Curtis has shared some behind-the-scenes and promotional photos on her social media profiles:

SOME WOUNDS NEVER HEAL
Michael & I will see you all next Halloween 10/19/18#Trancasfilms #Blumhouse #Universal #Halloween #H40 pic.twitter.com/Qbj4B9UAPL

And that’s a wrap. Darlene Vega painted this of Michael Myers. @halloweenmovie #halloweenmovie Everybody who made the movie did so because of their passion for John Carpenter and Debra Hill’s original vision. I think you will all be very happy and VERY scared. See you 10/19/18 pic.twitter.com/3ZT1rfx6pD

Where can you see the official photos from Halloween 2018?

You can see all of the images released from the film in our gallery below. Beware there may be spoilers: