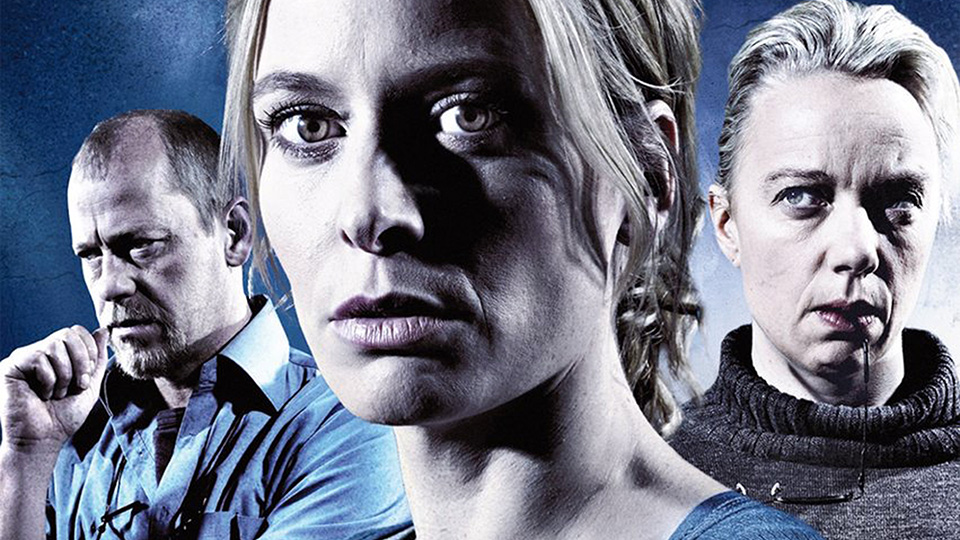 Icelandic dramas are nothing new to our screens – Trapped, a 2015 crime drama about a small Icelandic town isolated by a storm, was a particular favourite – and now Walter Presents gives us two more to get our fangs into, both of which start on All 4 in early September.

If you want to avoid all spoilers for Cover Story and The Court, stop reading now.

Cover Story (Pressa), as the name suggests, is set in the world of journalism. Lára (Sara Dögg Ásgeirsdóttir) is a journalist on maternity leave from her job at Posturinn (The Post), a top Reykjavik newspaper. She is going through a tough time, trying to juggle a newly born baby, a somewhat moronic husband who thinks it’s okay to leave his wife and children for a job opportunity in Vancouver, and an 800,000 kronna (about £6,000 at today’s rates) fine relating to a violation of privacy case she lost whilst working for the paper.

She is approached by Hrafn Josephsson (Gísli Örn Garðarsson), an Icelandic businessman who has remained untouched by the Icelandic financial crisis. Hrafn (or Krummi, as he’s better known) is being charged with the murder of a woman he met at a party – a story that was broken by the newspaper Lára works for. He wants Lára to investigate the death.

At this point, one wonders why a seemingly wealthy businessman would employ a journalist on maternity leave to investigate, when he has endless resources to secure the services of a top private investigator – but still.

Lára takes the job – not least because her employers refuse to pay the 800,000 kronna fine, suggesting she was working independently – and starts to investigate the murder, firstly by interviewing the deceased’s father. But this backfires horribly when he complains to the newspaper, assuming she was investigating on their behalf. Once the penny drops that Lára is working for Krummi, the employees of Posturinn ostracise her. The opening episode ends with the discovery of a second body.

The show has a naïve charm. It’s a relatively old production, as made apparent by the tiny little mobile phones people are using (it dates from 2007); but the show has been deservedly well received (winning Best Actress and Best TV Show awards at the Icelandic Edda awards) and has been rewarded with three seasons and a fourth on its way.

The Court (Réttur) is a somewhat more lightweight affair – a legal drama about a small Reykjavik law-firm owned by Brynhildur (Jóhanna Vigdís Arnardóttir) and Hörður (Víkingur Kristjánsson), who decide to enlist the help of hot-shot lawyer, Logi Traustason (Magnús Jónsson) – who just happens to be a former convicted killer. Disliked by the police and most other lawyers (he’s an ex-convict, after all), Logi takes a rebellious and frequently footloose approach to the legal system – but he gets results. He’s played brilliantly by Jónsson, it must be said. There’s something of a young Jack Nicholson about his manic stare at times.

Brynhildur and Hörður have just lost their most valuable client to a rival, bigger firm – who just so happen to be run by Brynhildur’s ex-boyfriend – so they need to make a statement, and Logi is quick to make an impression.

For his first case, he’s asked to represent a homeless drug-addict who is accused of murdering his neighbour. His fingerprints are on the murder weapon, and he has no memory of the days of the homicide. But things are never that straight-forward in TV drama, and sure enough cracks start to develop in the police’s case – cracks Logi is more than happy to exploit. He discovers new clues that the original police investigation overlooked, and soon the police have a new suspect – someone closer to home for Logi.

But the story plays second-fiddle to the characters; namely the relationship between the two original lawyers and their new co-worker, and the intriguing backstory about Logi’s past and the murder for which he was convicted. He’s a fascinating character and is the main reason to watch the show.

The new shows come thick and fast on Walter Presents – and here we have two more to satisfy our thirst for quality worldwide drama.

In this article:Cover Story, The Court, Walter Presents