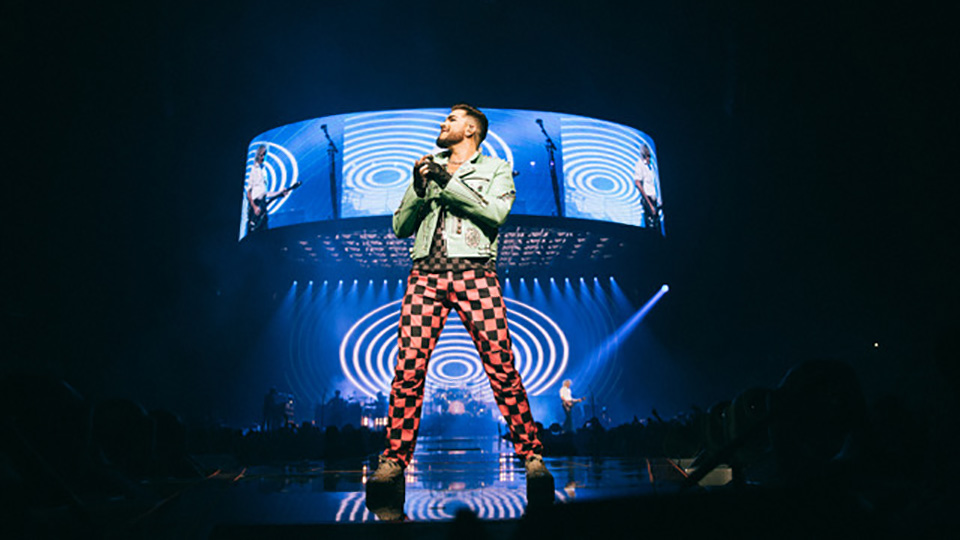 Adam Lambert was in the UK last month to perform with Queen and he’s released a behind-the-scenes video of his time at The O2 Arena in London.

Capturing Lambert backstage and talking about performing with Queen, the video also features footage of his pre-show meet and greet with members of LGBTQ youth group Mosaic. In June Lambert met with Mosaic to discuss his experience of coming out and homophobia.

After introducing the video, Lambert hurries off to catering which he declares the ‘most important room’ backstage. He asks the person filming if they are going to watch him eat before the camera stops and footage of him performing takes over.

During the video Lambert talks about the songs of Queen and his connection to them and fans can see footage of him performing from the two shows at The O2 Arena.

Lambert is currently working on his fourth studio album, which is due for release before the end of 2018.