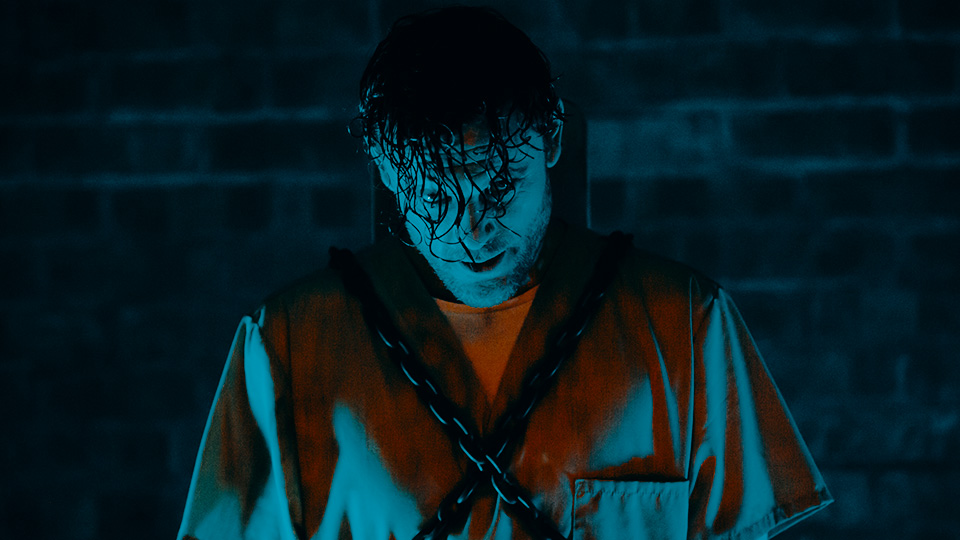 The Elder Gods, a race that existed before mankind, were banished by humans using magic and trapped in another dimension. In 1997 Elder God Erebus (Kris Johnson) murdered the parents of Ren Reid (Samantha Schnitzler) leaving her an orphan. Jumping forward in time to the present day, Ren is working at an underground military base known as The Artemis Black Site and she’s shocked when the unit captures Erebus with plans to deport him. Before they get the chance, the base is attacked and the team must pull together to ensure that Erebus is sent back to where he came from.

Black Site is the latest film from British writer/director Tom Paton whose well-received hit Redwood played at FrightFest in 2017. This film features a high concept that is influenced by John Carpenter, Silence of the Lambs and Stranger Things. Following the story of Ren, who is thrown together with Sam (Mike Beckingham) a man in charge of deporting Erebus, Black Site is an adrenaline-fuelled mix of action and science-fiction.

On the plus side Black Site is an engaging film with plenty of impressive action sequences. The fight choreography is on point and there are some really thrilling battles. I also liked the look of Erebus’ followers who wore non-descript masks to hide their face, bringing to mind The Purge franchise. Visually the film is pretty impressive too and the soundtrack really adds to the 80s-influenced vibe.

There are weak points with Black Site. Some of the cast is stronger than others, which does hamper the overall quality of the film. Samantha Schnitzler is a little bland as the film’s heroine Ren and she’s outshined by Mike Beckingham as Sam, who brings a bit of comedy to the otherwise serious tone of the film. Kris Johnson is a standout with his menacing portrayal or Erebus, which he clearly based on Hannibal Lecter. He brings an edge to the film and I really enjoyed his performance.

I did feel the story could have been fleshed out a little too. Black Site starts strong showing what happened to Ren’s parents but for much of the film she’s separated from the other characters. We don’t get the chance to really understand how she fits in at The Artemis Black Site and that undermines the emotional impact the film could have had at certain points.

Paton has created an interesting concept here that could easily lend itself to more films should he choose to explore it further. The film whips by at such a pace that I do feel that slowing its pace a little to give time to properly round out the characters would have been beneficial. The overall narrative is pretty strong and it all builds up to a satisfying, if not a little abrupt, conclusion. Black Site is a nice throwback to the popcorn action sci-fi movies of the 80s and while not perfect, it’s a very enjoyable romp.