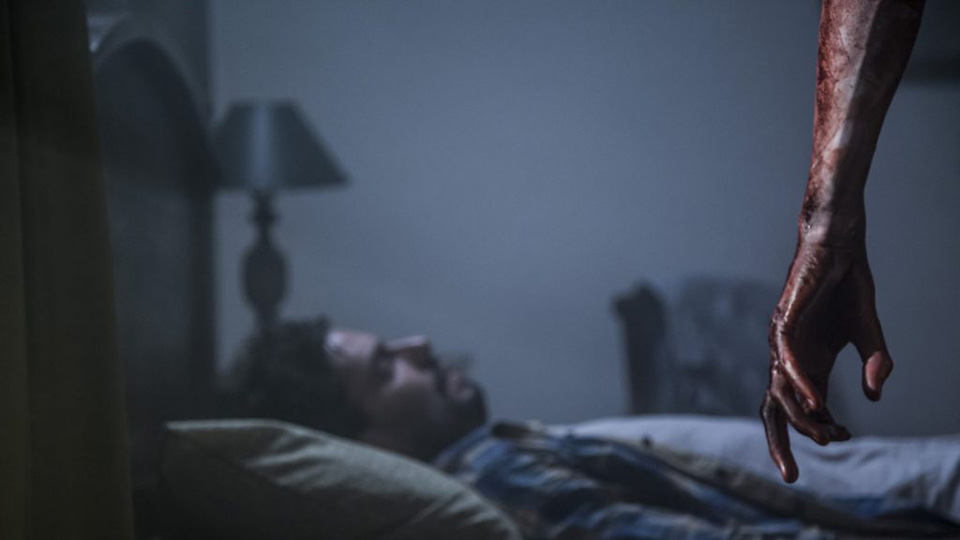 A strange series of paranormal events occur in Buenos Aires neighbourhood that culminate in the murder of a woman. When the woman’s husband is arrested on suspicion of murder, a doctor specialising in the paranormal, her colleague and ex-police officer team up with a detective, who is about to retire and has a relationship with one of the residents in the neighbourhood, to investigate what’s going on.

Terrified is written and directed by Argentinian film-maker Demián Rugna and it pretty much lives up to its title. The opening 10 minutes are both intriguing and unsettling and make way for the story to jump back in time so the audience can see how all the events that have taken place are connected. Rugna knows that less is more and he teases the audience with the supernatural creatures offering a slow reveal to increase the tension. It’s a tactic that works and for some viewers I’m sure this film is going to give them plenty of nightmares.

The narrative unfolds in an unusual way not really giving the audience a main character to follow until you’re a little way into the film. It’s a risky move but the creepy factor is so high that you’ll go along with it any way. Once you get to the core four characters, there isn’t an awful lot of character development but again it hardly matters. The attraction here is the scary moments and the truly terrifying creatures that create them. Who knew that watching a grown man tremble in his bed under a blanket, while a shadow appears over him could be so incredibly scary?

The film’s visual effects are superb. Even though you don’t always get a good look at the creepy creatures that appear, what you do is unsettling enough. Scared of monsters under the bed as a kid? This film will bring that fear right back for you and you only need to see the feet of the creature to be truly spooked. There’s also a remarkable use of sound that suggests weird happenings and will raise the hairs on the back of your neck, even when there’s nothing to see on screen.

If you like your horror films to be wrapped up neatly then Terrified is going to leave you disappointed. There’s no real explanation as to the why when it comes to what’s going on and there’s not really a conclusion. The film is more a snapshot of a period time that you’re allowed to watch unfold. Rugna consistently keeps you gripped so you don’t really even think about the story twists and turns, you’re just riveted waiting to see what’s going to be thrown at you next.