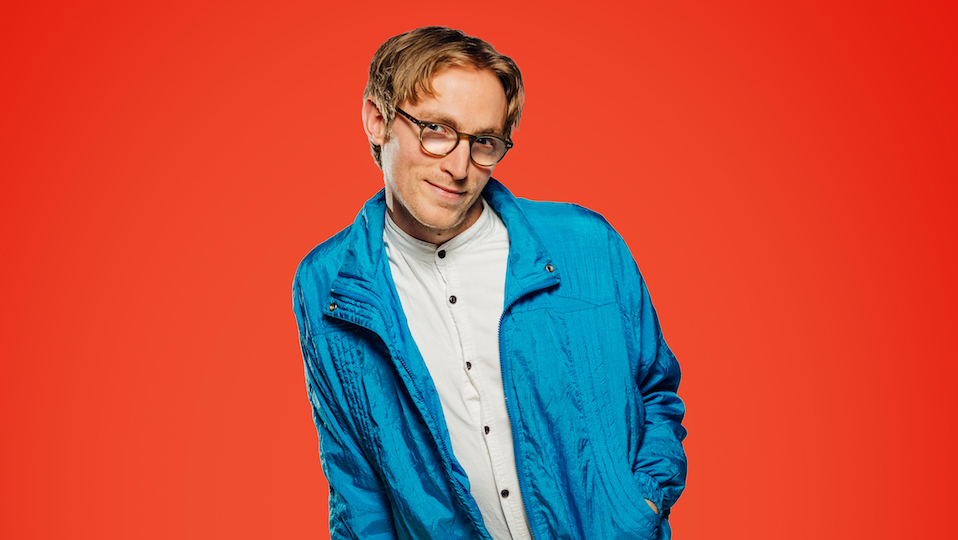 Formerly a member of Cambridge Footlights, Rob Carter’s acted in TV shows such as Channel 4’s Fresh Meat and Peep Show. Last year, Rob brought Christopher Bliss: Writings Wrong to the Fringe and started to build a cult following for his awkward aspiring novelist. Now, the worst novelist in Shropshire, has written, directed, and cast himself in his first ever play, a three-hander alongside two pals, Janet (Joanna Griffin) and Frederick (Ryan Lane).

Chris’ story follows a chap who has to do the unthinkable and travel to Telford to rescue his wife. Having never been to the theatre before, Christopher’s enlisted the help of Frederick, an actor who’s appeared in TWO plays, and his next door neighbour, Janet, who’s clearly never read a line of dialogue in her life. All three are a very obvious but not unkind comment on am dram productions, with their contrasting drab clothing choices and eager sense of willing shining through. It’s fun to see whether this is going to turn into a car crash as clunky stage direction and missed cues are all part of the giggles.

Complete with greasy hair and geeky anorak, Christopher Bliss is more than a little reminiscent of the nervous 90s comedy creation Steve Coogan brought us in Duncan Thickett. Before Duncan Thickett came Rik Mayall’s hopeless but loveable Brummy Kevin Turvey. Chris is a budding writer, Duncan was an aspiring stand-up comic, Kevin was deluded into believing he was an investigative reporter whereas, in reality, he was unemployed and still living with his mother. It’s the key to most successful comedy characters; there has to be a want that we know they’re incapable of and yet we will them to succeed.

There’s a little way to go for Rob Carter, he hasn’t quite got the magic touch of Mayall or Coogan, but he’s captured that endearing naivety that draws you into a comedy character’s world. Christopher Bliss is not 100% believable yet but, as Rob embarks on a playful journey, taking on the roles of narrator and star of the play, we’re with him every step. There’s gentle laughs along the way, and engaging audience interaction as he finds out why the girl on the front row isn’t feeling raunchy. ‘I was dumped today,’ she reveals with a heavy sigh. Met with raucous laughter from the crowd, Rob Carter turns it to his advantage and rolls with the sort of live comedy gold you just can’t predict. Chris invites us to yell out ‘Ruddy Hell!’ as the play’s plot twists and turns become more shocking. (Yes, it’s revealed our protagonist’s wife has been doing more than lick the new post office manager’s stamps! Gasp!) I shan’t spoil the plot but I left with the feeling I’d witnessed a rising comedy star. Rob Carter is definitely one to watch in every sense of the word.