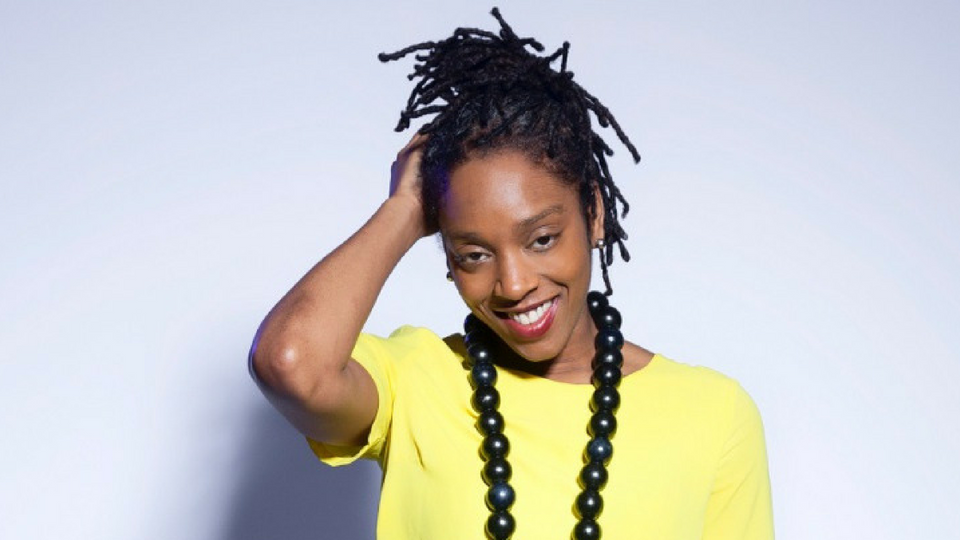 Athena Kugblenu’s show Follow the Leader is a timely and important look at what’s gone wrong in politics, and how its murky world can keep good people out of Westminster’s corridors of power.

Take Athena herself, she became interested in politics at a point in her life where she feared a progression into a career would leave her at risk of her ‘skeletons in the closet’ revealed. Frustratingly, we contrast this to the likes of privileged white man Boris Johnson who can get away with whatever he wants and any obscene behaviour seemingly only enhances his career. Seven months pregnant, she presents a vision for the way she wants her child to view herself as a future leader in politics in a way she hasn’t considered possible for herself.

Politics’ loss is comedy’s gain, and all the more richer for Athena’s precise and sharp wit that is a masterclass in understated intelligence that doesn’t seek to lecture the audience. A far cry from the world of political cliches and soundbites, she is able to weave in authentic social commentaries on race, class and family expectations.

She encourages people to identify their privilege and to spend it. She highlights the irony that Jane Austen was put on a banknote as contactless payment took over. As one system of payment dies out, only then does it make way for women. The self-serving nature of the establishment (characterised by a political system run by career politicians) is supremely subverted by Athena who then presents her own political manifesto as a basic powerpoint presentation.  Themes are put together in a way that highlights how political policies can be plucked out of thin air. She draws attention to important questions that need to be considered, in light of the stupidity of a society that voted in Trump. However she cleverly does this by focusing outside of the world’s pressing catastrophes. We find out more about what happens in Athena’s daily life including when she tried to fix her own washing machine, choosing the wrong men and the need for free parking.

Follow the Leader immerses audiences in an assured and unique comic confidence that sees Athena generate a clear bond with audiences in a way out-of-touch politicians cannot. It is able to provide a unique contrast to the cultures of polarised political, media and comic opinions with its unassuming and unifying warmth, depth and intelligence.