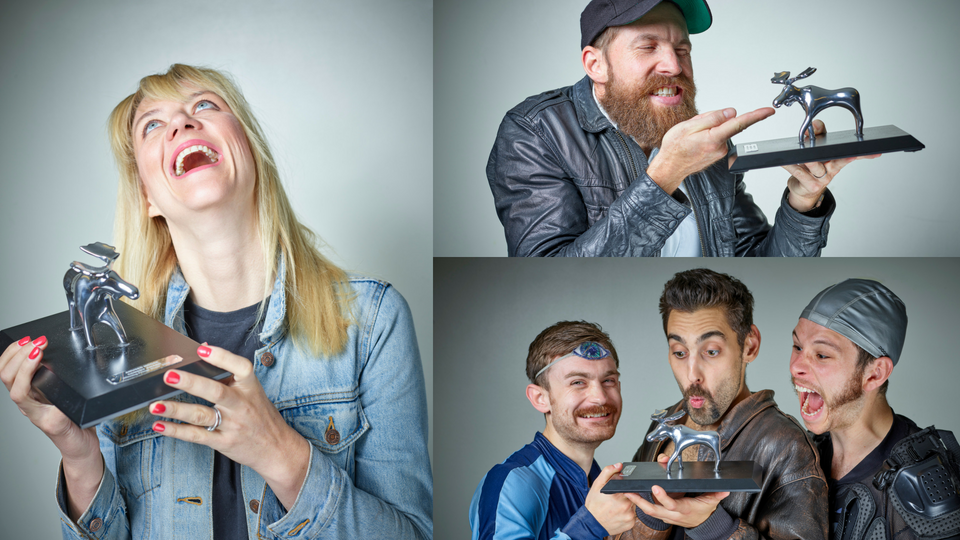 Tania Edwards beat over 140 hopefuls to be named Amused Moose Comedy Award winner for her Fringe comedy show Not My Dog (venue: Just The Tonic, Mash House) at last night’s final at the Space @ Symposium Hall.

The Amused Moose Comedy Award nominees who had won through to be the ‘Awesome Eight’ Fringe comedy shows, all performed ten minute excerpts from their current shows:

The final was hosted by Paul Sinha, award winning comedian, Chaser and champion quizzer, with trophies presented by Shona McCarthy, CEO of the Edinburgh Fringe.

Soho Theatre in London is the venue for the Amused Moose Comedy Award showcase on Monday 22 October.

The audience and large contingent of comedy industry guests all voted, and the results were ratified by a ‘comedy industry’ jury who at the Edinburgh Fringe had watched all the long-listed shows live, which influenced the final outcome of award winners. All entries had initially been viewed-and-voted-for online by a large international panel to select the long-list.

This competition, established in 2011, seeks the best of Edinburgh Fringe comedy shows by performers ‘on the cusp’ of a starry future. Entry to the Amused Moose Comedy Award, the ‘senior strand’ of the Amused Moose Comedy Awards, was open to all shows in the comedy section of the Edinburgh Fringe website for at least 18 dates, by performers whose live shows had not been previously won or been nominated for another major comedy award.

Information about entering both strands of Amused Moose Comedy Awards in 2019 will appear on www.AmusedMoose.com/Awards towards the end of this year.