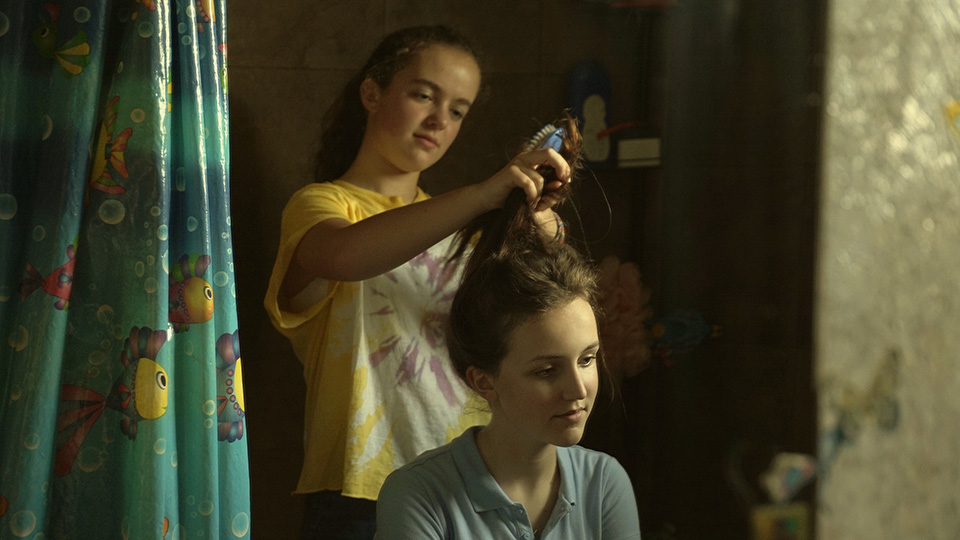 Bea (Charlotte Salisbury) and her family spend the summer in a small town in Ontario. Alone and suffering from anxiety, Bea is delighted when she befriends local girl Kate (Lucinda Armstrong Hall). As the two 13-year-old girls start to spend their every waking moment together, they realise that the bond they share goes much deeper than friendship. With Kate dictating the rules and encouraging Bea to come out of her shell, the two girls change each other’s lives.

Porcupine Lake is the latest feature from writer/director Ingrid Veninger. Essentially a coming-of-age story, the film captures the special relationship that develops between Bea and Kate. You get the impression that Bea has lived a very sheltered life influenced heavily by her germaphobic mother and trying to ignore the clear problems in her parents’ marriage. Kate on the other hand comes from a troubled family and tries to make up for it by being authoritative. Meeting Kate is a real eye-opening moment for Bea, and her new friend encourages her to let her hair down.

One issue that I had with the film is that I found it hard to understand how the two girls could fall in relationship. Kate is depicted as so bossy and pushy, I felt more like Bea was going along for the ride rather than making sound decisions. I found it hard to like the character of Kate but felt very protective of Bea. That proved to be a little problematic as the film hinges on you believing in the friendship the girls have and I struggled to understand why Bea was so easily influenced by Kate.

Something that cannot be faulted is the performances of Charlotte Salisbury and Lucinda Armstrong Hall. They are both confident performers with talent that belies their young ages. Armstrong Hall in particular is impressive and her character is a million miles away from her role in Neighbours, where she played Holly Hoyland. She plays Kate with surprising maturity and is pretty forceful.

Porcupine Lake is an entertaining film that shines an interesting light on the coming-of-age story. For me, I didn’t quite believe the relationship between Bea and Kate, or the lack of interest Bea’s family seemed to have in her for the majority of the film. While there are some sweet moments, I actually thought the actresses were stronger than the material here and I felt that filmmaker Veninger could have done a little more to develop Kate beyond a bullish force of nature.