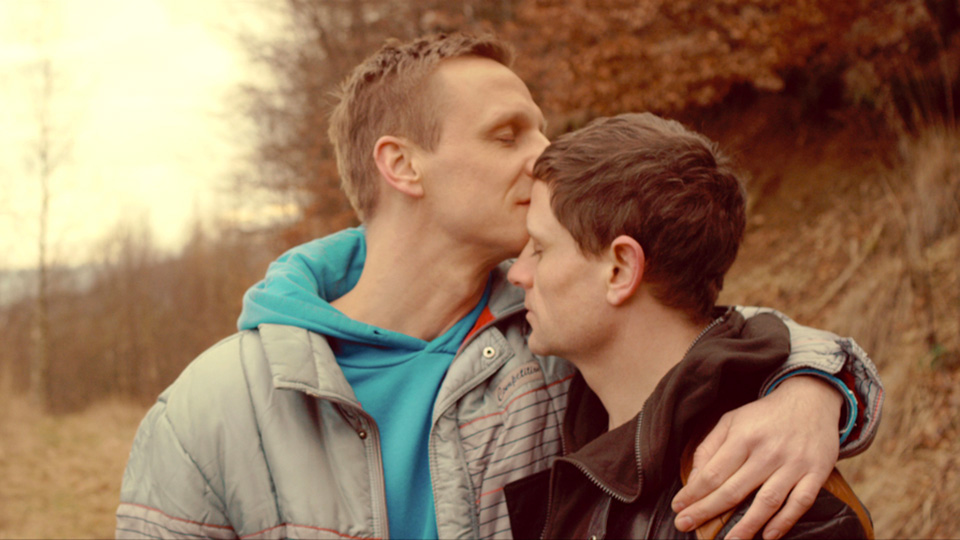 Andreas (Mike Hoffmann) and Martin (Mathis Reinhardt) have been together for years, experiencing plenty of ups and downs and raising a son who is now 19. During a trip to the Baltic Sea, they start to realise they’ve grown apart with Martin becoming increasingly unsatisfied and Andreas unable to communicate in any way other than anger. Paths takes a look back at key moments over the course of the couple’s relationship showing its evolution and its inevitable conclusion.

Paths was directed and co-written by Chris Miera and it aims to do something a little bit different for LGBT cinema. Rather than tell a tired story of a relationship going south, the film explores pivotal moments in a long-term relationship so the viewer can see how things started to unravel. Like all long-term relationships, Andreas and Martin’s is anything but plain sailing. From their first kiss at an indie rock concert through to the realisation that maybe they aren’t meant to be together for ever, Paths puts together a fairly realistic dissection of a relationship.

Split into four distinct chapters that jump around time, the viewer is shown snapshots of Andreas and Martin’s evolution as a couple. It highlights how couples can forget what made them fall in love in the first place as jobs and responsibilities take over. Martin feels that Andreas focus on his business is prioritised over their relationship, and when their son comes along they are face with more problems, not least inconsistent parenting. As with any couple becoming parents puts a strain on their relationship both emotionally and physically, to an extent that’s suggested they weren’t all the prepared for.

The central performances of Mike Hoffman and Mathis Reinhardt is what the film really hangs on. Both are excellent with Hoffman being the standout. They are believable as a couple and they bring to life every snapshot we see of their characters from start to finish. The two men have a wonderful chemistry and they are good at bringing the pain of their characters to the fore.

Paths is a refreshing and original slice of LGBT cinema. It suffers a little from pacing issues and sometimes the story moves so slowly, it can be a little disengaging. The strong central performances from Hoffman and Reinhardt should be enough to keep you watching. It’s nice to see an LGBT film that focuses on a long-term relationship staying away from the clichés of hook-ups, affairs and sex that dominates a lot of other films in the genre. It may not be perfect but it paints a fairly realistic picture.