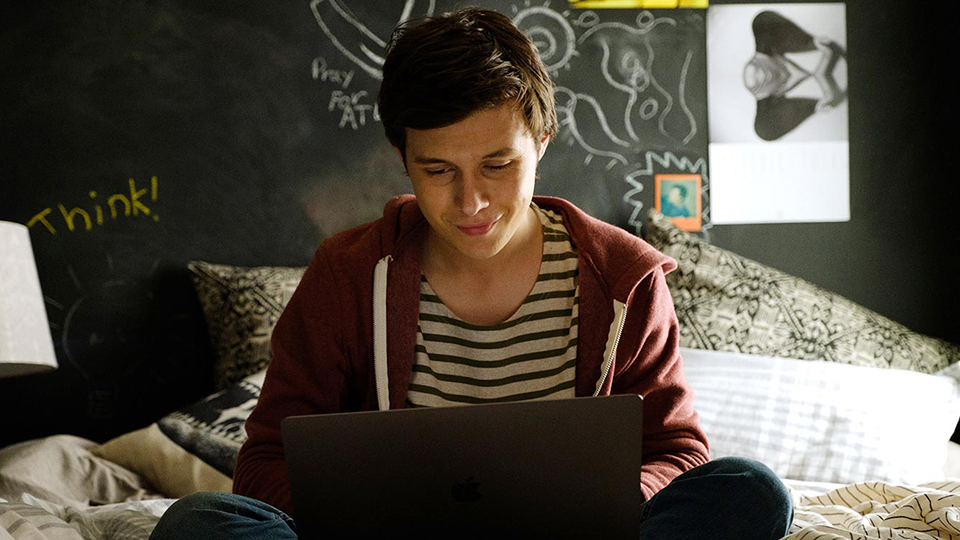 Love, Simon was a pretty big deal when it arrived in cinemas earlier this year.

The film was the first film marketed to a main stream teenage audience that featured a lead gay character. It’s hard to believe it’s taken this long but Nick Robinson’s portrayal of Simon Spier struck a real chord with audiences of all sexual orientations and genders.

To celebrate the release of Love, Simon on DVD on Monday 6th August 2018, we’ve taken a look at some of our favourite LGBT characters that we feel positively represent the community on the big and small screen.

We have to start with Simon. Nick Robinson plays the character beautifully and the film sensitively handles what it’s like to come to terms with your sexuality while you’re in high school. We’re pretty sure many of us would have found this film helpful when we were teenagers and it’s helping young LGBT come out to their friends and family.

Sophia Burset is one of the best characters in the Netflix hit series Orange is the New Black. Played by the wonderful Laverne Cox, who was the first transgender person to play a transgender series regular on TV, the character isn’t defined by her gender or her journey. She’s treated as an equal and Cox has been a fierce leader for the trans community.

Riverdale may be all about hunky men and gorgeous girls but it also positively represents its gay character Kevin Keller, played by Casey Cott. Loved by his friends and not singled out for his sexuality, Kevin has been a positive representation of being out and proud, with the support of your friends and family. We particularly liked how his friends helped him see that cruising for sex wasn’t the best, or safest way, to find a boyfriend.

Without a doubt the most kick-ass character in the Arrowverse, Sara Lance has been groundbreaking for TV. Not only is she a superhero, she’s also bisexual and proud of it. Bisexual characters are few and far between so it’s refreshing to see a character as well-rounded as Sara. Caity Lotz is truly exceptional in the role and she’s made sure Sara is a character that truly inspires.

You may feel like Damian Leigh, played by Daniel Franzese, was a bit of a stereotype but that’s not the way we see him at all. The character was fabulous and open, and it was his openness that was so positive and inspiring. Growing up is hard. Growing up and being in the closet can be almost impossible. Damian taught us all that it’s fine to be who you are and ignore what the haters have to say.

Hearts Beat Loud may have only just arrived in UK cinemas but it’s leading the way for how LGBT characters can, and should, be represented in film. Sam Fisher identifies as queer and she’s free to live her life the way she wants without labels or societal pressure. Her father doesn’t care who she’s dating, as long as she’s happy. Sam’s sexuality isn’t used as a plot point or a narrative device, it’s just part of who she is and we applaud that.

7. Elio Perlman (Call Me By Your Name)

The world has fallen in love with Elio and his portrayer Timothée Chalamet. Call Me By Your Name arrived to a lot of hype but boy did it live up to it. What was so refreshing about the film is that it’s set in the 80s and Elio’s sexuality just isn’t an issue. You expect throughout the film that someone will disapprove of his pursuit of Oliver (Armie Hammer) but they don’t and our eyes well up just thinking about that conversation with his father towards the end.