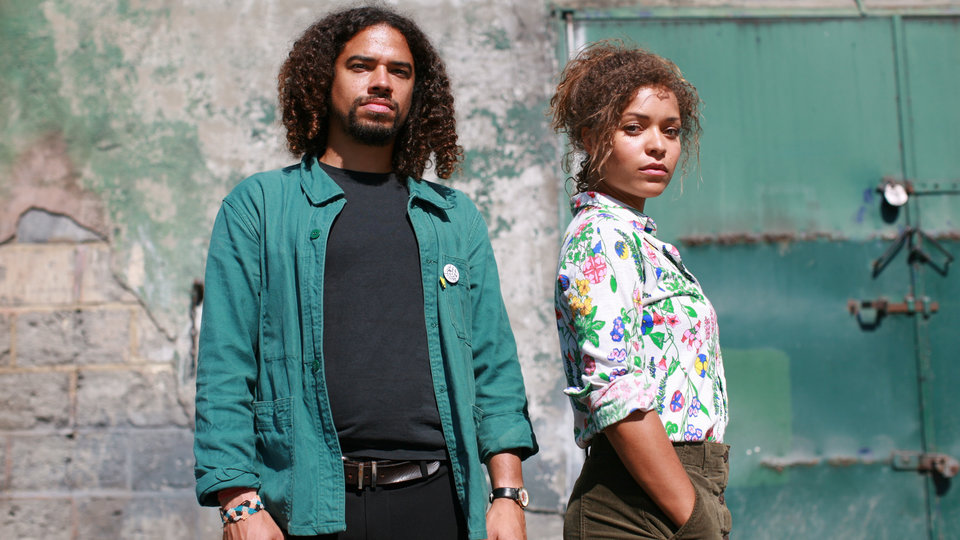 EF Underdogs is loves to introduce you to new music and this week it comes from duo Sugarcane, who are Robin French (former bassist in Mr. Hudson) and actress Antonia Thomas (Misfits, Lovesick).

With one British parent and one from the Caribbean, it’s not surprising that Robin French’s music is a post-Colonial jumble. His influences are acoustic backyard sambas meet French chansons, Bahian drumming melds with Trinidadian steel pan, an old drum machine and a toy melodica.

Robin French honed his songwriting craft in Mr. Hudson and the Library, who supported such the likes of Amy Winehouse, The Police and Kanye West. He also gained huge success as a scriptwriter by creating and writing the award winning BBC1/Netflix sitcom Cuckoo and writing plays for The Royal Court, the RSC and The National.

Antonia Thomas is one of the UK’s brightest acting stars, best known for her roles on British TV such as Aisha from the BAFTA award-winning Misfits or Evie in the Netflix comedy series, Lovesick. Antonia and Robin met in the green room of a London theatre, while working on a play together.

Sugarcane will release their new single One Specific Thing on 17th August 2018. The single is a testament of the duo’s distinctive sound and genre fusion, exploring a charming and personal narrative, told through an exuberant sound that lives the dichotomy of being both timeless and cutting edge, joining nostalgia to a fresh sound.

Talking about the inspiration behind One Specific Thing, Robin comments: “It’s about escaping, about the joy & melancholy of saying ‘f*ck it’, junking your old life & starting again. I wrote it with Mr. Hudson for our album “Tale of Two Cities”. When Antonia was round at mine, she sang my samba version & everything clicked.”

You can see Sugarcane live on the following dates: